Why Do We Hunt Whales?

Early man hunted whales because their meat and blubber were able to fulfill his basic survival needs. For thousands of years, the climate was too cold for many people, including the Eskimos and the indigenous people living in Greenland, to grow their own vegetables. Whale meat became breakfast, lunch and dinner. Whale blubber provided energy and vitamins A, C and D, and whale meat is rich in niacin, iron and protein [source: Tevuk]. Every part of the mammal was eaten or used to light lamps and make tools and sleds.

Consuming whale meat has also been woven into Japan's history and culture. Whale meat became a crucial part of the Japanese food supply after World War II, because it was a cheap source of protein for a country that was suffering from postwar poverty. This delicacy was even served to children in school lunches from the late 1940s to the early 1960s [source: McCurry]. However, today's Japanese youngsters aren't keen on eating whale meat just because their elders did. A Greenpeace poll conducted in the summer of 2006 by the Nippon Research Centre revealed that 95 percent of Japanese people say they never or rarely eat whale meat.

People in these areas don't depend on whale oil anymore, because petroleum eventually took its place as a fuel mainstay. Still, whaling continues despite a commercial ban imposed by the IWC, the body formed in 1946 to monitor the fate of whales. However, Japan is allowed to hunt whales annually under Article VIII of the International Convention for the Regulation of Whaling. The Japanese government says it's studying whale populations. Activist groups accuse the Japanese of hunting whales to sell the meat in their country.

Norway objected to the commercial whaling moratorium and filed an objection with the IWC. At the time, they imposed a quota of minke whales they are allowed to kill each year; however, they often fall short of meeting that number. Iceland also objects to being pressured by other countries to cease whaling. They say stopping the practice will put too many of their people out of work [source: Chaon].

On the next page, we'll take a chronological look at the industry of commercial whaling.

The old saying that everything tastes like chicken probably doesn't apply to whale meat. So what does it taste like? Reindeer or moose, says Slate writer Brian Palmer. Indigenous people probably didn't have a pantry full of spices to spruce up the flavor of whale meat, because consuming it centered more on survival than savoring the taste. It appears that not much has changed. In places like Norway, Iceland and Alaska, you'll find whale served with minimal seasoning, if any [source: Palmer]. 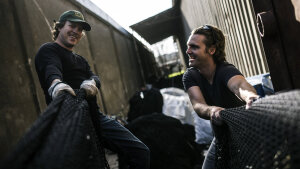 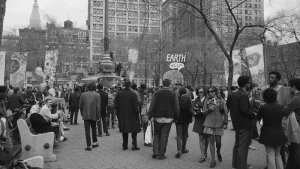