The History of Archaeology 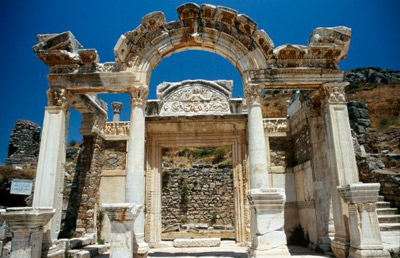 Ancient Ruins like those of the Temple of Hadrian on the Aegean Coast of Turkey attracted the attention of the Renaissance elite.
Travel Ink/Getty Images

Today archaeology is a precise science. Archaeologists' tools include radioactive carbon dating and geophysical prospecting. The discipline is strongly influenced and even driven by humanities like history and art history. However, it is, at heart, intensely methodical and technical. But archaeology hasn't always been precise. In fact, it hasn't always been a science.

Archaeology originated in 15th and 16th century Europe with the popularity of collecting and Humanism, a type of rational philosophy that held art in high esteem. The inquisitive elite of the Renaissance collected antiquities from ancient Greece and Rome, considering them pieces of art more than historical artifacts.

The desire for antiquities and an interest in the ancients soon led to sponsored excavations and the development of Classical archaeology. Herculaneum and Pompeii, the two famous cities destroyed and preserved by the A.D. 79 eruption of Mount Vesuvius, were excavated in part because the Queen of Naples longed for ancient statuary.

Napoleon Bonaparte's 1798 invasion of Egyptushered in a new era in archaeology. In order to understand the Egyptian people and their past, Napoleon brought with him a think tank of 175 scholars: the Institute of Egypt, or the Scientific and Artistic Commission. The troop came with its own traveling library, scientific tools and measuring instruments. By 1809, the scholars and scientists published the illustrated "Description of Egypt," a book that helped launch a mania for all things Egyptian. By 1822, Jean-François Champollion had deciphered the Rosetta Stone, unveiling the secrets of ancient Egypt's hieroglyphics to the world.

Scientific archaeology continued to develop in the 19th century with advances in the studies of geology and biology. Charles Lyell helped spread the modern geologic system of uniformitarian stratigraphy, which gave archaeologists a reliable timescale on which to date items. The work of Lyell and the publication of Charles Darwin's "The Origin of Species" soon popularized the idea of evolution. Belief in man's antiquity exploded the study of prehistoric archaeology.

The 20th century opened with radical developments in the field: the 1904 publication of Flinders Petrie's "Methods and Aims in Archaeology" developed a systematic method for excavation. Massive finds like the 1922 discovery of King Tutankhamen's tomb or the 1926 unearthing of the Royal Tombs at Ur -- which brought the entire forgotten Sumerian civilization to life -- helped glamorize archeology. Archaeologists began to work beyond the Near East, Mediterranean and Europe, and the subject finally became an academic discipline.

In the next section, we'll dig deep and learn about an archeologist's work.

Crystal skulls are among the most mysterious of archaeological oddities. Test your knowledge in the Crystal Skull Quiz.