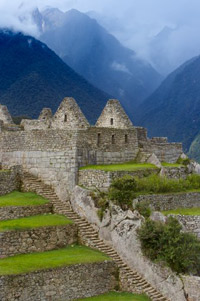 Peru, which is wealthy in archeological artifacts and historic sites like Machu Picchu, struggles to protect its treasures.
David Noton/Getty Images

Through research and interpretation, archaeologists transform material remains with unknown meaning into items of historical significance. They piece together lost civilizations, solve ancient medical mysteries and find out how we got to where we are today. But their work hinges on accuracy -- a disrupted site is less likely to hold verifiable clues. And while non-archaeologists sometimes make important accidental discoveries, amateur archaeologists and looters often destroy, displace or steal what has been miraculously preserved for years.

To prevent or at least curtail such destruction, many countries have antiquities laws. In the United States, the Antiquities Act prohibits the excavation or destruction of any archaeological materials on government land. The act has been in place since 1906 -- right around the time archaeology became a recognized academic subject.

However, actually protecting sites is a difficult matter. The locations of highly sensitive archeological areas are sometimes kept secret. Others are already too well known by looters and casual explorers to stay hidden. State archaeological agencies might mark such sites with "Don't Dig" signs but clear warnings often tantalize potential thieves, alerting them to the possibility of buried treasure. The New York Archeological Council even posts less- alluring signs like "Environmentally Sensitive Zone: Do Not Enter" to deter would-be looters or curious hunters.

Some countries struggle to defend their artifacts from international smugglers. The Peruvian government estimates at least $18 million worth of artifacts and goods are stolen and smuggled annually [source: Economist]. In an attempt to keep tabs on excavations, Peru's National Institute of Culture (INC) registers historic sites and requires that local artifact collections are also registered. They've even partnered with the International Council of Museums -- a group with links to UNESCO -- to create a list of commonly smuggled items in the hope that art dealers and customs officers will be able to recognize illegal goods.

But for people who want to excavate without stealing artifacts or breaking federal laws, amateur archaeology programs offer the chance to work at real active sites. The popular Dig for a Day program in Israel charges volunteers for access to the National Park of Beit Guvrin, King Herod's ancestral home. Guests dig and sift for pottery shards and explore an unexcavated cave system.

To learn more about archaeology, look over the links below.