The number of deep earthquakes that rumble near the San Andreas Fault (seen here from the air) increases just before Earth enters a tidal cycle. Flickr.com/faultfind_48

If you earn your living on the ocean, you'd better know how to read a tide table. Around the world, most coastal communities witness sea level rise and fall multiple times every day. The effect can be quite dramatic: On certain days, there's a 53-foot (16-meter) difference between the low and high tides in Canada's Minas Basin Inlet. Working fishermen, divers and ship captains must take fluctuations like these into account. For this reason, governments release tables that predict the heights of future tides for different corners of the oceans.

Yet unbeknownst to many of us, the ground beneath our feet experiences tides of its own. The phenomenon goes by many names, including "land tides," "crustal tides," "Earth tides," and "solid Earth tides." No matter what you call the process, it's caused by the same forces that generate our better-known oceanic tides.

Tides are complicated beasts; they're the net result of several different factors all working together. The most significant contributing forces are the gravitational pulls that the sun, the moon and the earth exert on one other. The sun actually has less influence over our tides than the moon does despite being 22 million times larger. That's because the moon is so much closer to planet Earth. As such, on the surface of Earth, the moon's gravitational force is about 2.2 times stronger than the sun's.

High ocean tides — at least in most parts of the world — happen twice a day. We experience one when the moon is overhead and, counterintuitive as this may sound, a second high tide takes place when the moon is on the opposite side of Earth. Low ocean tides occur during the periods between those points. (The centrifugal force of our rotating planet helps account for the strange arrangement.)

While this is happening, a similar cycle unfolds within the very crust of our planet. To a miniscule degree, the ground level itself rises and falls every day in accordance with the moon's whereabouts. "The motion extends through the whole of the solid earth, not just the crust, but is largest at the surface," Duncan Agnew says via email. "The earth," he adds, "is slightly elastic." Duncan is a geophysicist at the Cecil H. and Ida M. Green Institute of Geophysics and Planetary Physics (IGPP) at Scripps Institution of Oceanography at the University of California, San Diego.

Your naked eye is all that's required to watch the ocean tide come in and go out. However, it's straight-up impossible to observe solid Earth tides without using scientific instruments. At high tide, New York City can rise upward by 14 inches (35.5 centimeters). The Big Apple then falls by the same degree at low tide. A pedestrian standing in Times Square or the Bronx Zoo wouldn't notice any of this because all the buildings, trees, streets and people in the five boroughs rise and fall in concert.

(Agnew says the "vertical motion at the surface" varies from place to place; some areas bulge and descend less dramatically than New York does. Other locales outperform the big city on that score.)

So far, we've focused on how the moon affects both solid Earth and oceanic tides. But the sun should not be ignored in this discussion. Those who live in coastal areas are well aware of how solar activity can affect the strength of oceanic tides. When the sun aligns with the moon, the sea's high tides get higher and the low tides get lower. The exact opposite happens when those two celestial bodies are situated at right angles to one another, meaning the planet ends up with low "high" tides and high "low" tides.)

That cycle repeats itself every two weeks and is therefore known as the "fortnightly cycle." On top of giving boaters headaches, it also affects solid Earth tides. Nicholas van der Elst of the U.S. Geological Survey was the lead author of a 2016 study that investigated the link between the fortnight cycle, land tides and seismic activity along California's San Andreas Fault.

"When the earth's crust flexes in the direction of the tidal pull, this puts a stress on any tectonic faults that cut through the rock. If the combination of the tidal stress and the pre-existing tectonic stress is just right, this can set off an earthquake," van der Elst says via email.

For that 2016 research effort, van der Elst's group compared 81,000 San Andreas earthquakes. They found that the rate of low-frequency 'quakes increases right before the fortnightly cycle enters its solar/lunar alignment stage. Californians shouldn't lose too much sleep over this news development. The earthquakes in question are too weak and occur too far below the planet's surface to cause any serious damage on the surface.

Crustal tides are generally "far too small to matter for most faults" van der Elst notes. Nonetheless, the geologist has found that it's "possible to observe a small but measurable influence in some locations, particularly in places like mid-ocean ridges.

"There are also special regions of the earth's crust where faults appear to be astoundingly weak," he adds. "These regions tend to be deep at the roots of subduction zone faults, like the faults that dive beneath Japan and the U.S. Pacific northwest."

Down there, some 12 to 18 miles (20 to 30 kilometers) beneath the planet's surface, faults create small-scale seismic tremors. "The tides can have a very substantial effect on [tremors], with tremor rates oscillating by up to 30 percent in phase with the tides," van der Elst says. "However, these tiny pseudo-earthquakes are totally undetectable by people and do not pose any hazard."

The ocean isn't the only body of water that experiences its own tides. Lakes undergo them as well, but on a much smaller scale. For example, the mightiest tides on North America's Great Lakes are only 5 centimeters (0.4 inches) high.

Mark Mancini "Rising Rock: Earth's Crust Has Its Own Tides, Too" 2 May 2018.
HowStuffWorks.com. <https://science.howstuffworks.com/environmental/earth/geology/rising-rock-earths-crust-has-its-own-tides.htm> 8 March 2021
Citation 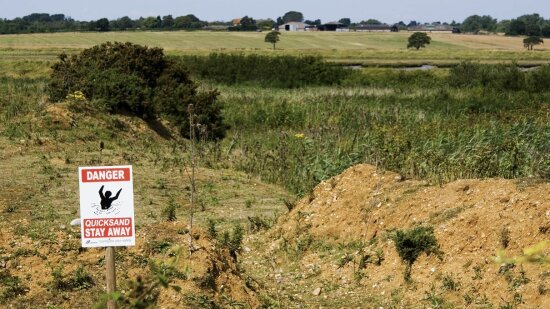 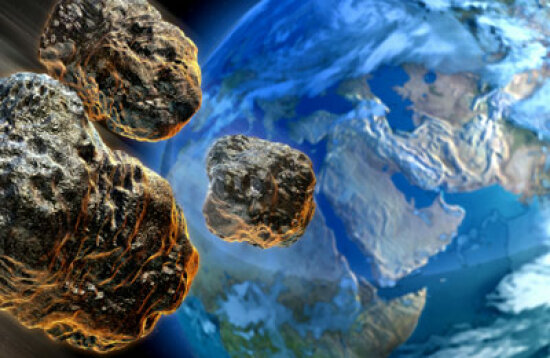 What if the Chicxulub meteor Had Missed the Earth? 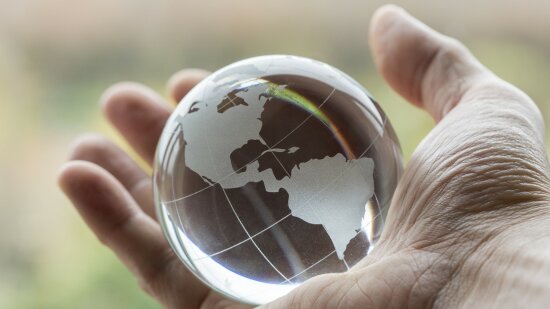