Can hydrogen be the fuel of the future? 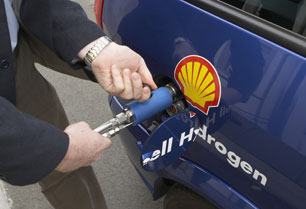 Is hydrogen fuel the fuel of the future?
Corbis Images

Hydrogen is the most abundant element in the universe, so there’s no chance of human consumers depleting the supply. There are certainly enough oil resources to meet global demand now, but many energy experts predict that the world’s supply of oil will be depleted within 60 years, according to a report from Ars Technica. It’s so easy to produce that the process could be completed at home with the right equipment.

Exhausting the world’s supply of oil or even approaching the inevitable shortfalls that come with a growing population — the planet now hosts 7 billion people as of the end of October — and economic growth will not only create a major energy crunch necessitating the rapid introduction of alternative energy sources; burning that much fuel also means an enormous burden on the atmosphere in the process. And that doesn’t even account for the potential environmental consequences of extracting crude oil from the Earth.

Hydrogen, by contrast, is clean-burning. The only byproduct of hydrogen power is water and heat, both of which can by recycled. This essentially means turning an energy consuming process into an energy producing one.

Hydrogen, however, is not a ready source of energy like oil and natural gas. Rather, it is a means of storing energy since pure hydrogen isn’t available on Earth in quantities necessary to fuel an entire energy economy. To get hydrogen in the form of a usable fuel requires energy. Hydrogen can be produced either by separating it from oxygen molecules in water through the process of electrolysis, or by splitting it off hydrocarbon chains in fossil fuels, a process that itself creates greenhouse gas emissions, as detailed in this article.

5 Ways to Use Algae for Fuel 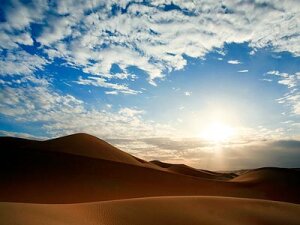 What is solar gasoline?