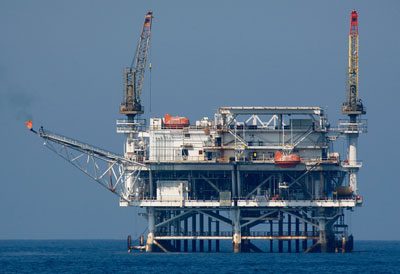 Offshore rigs like this one are the source of many heated discussions. See more pictures of oil fields and drilling.
David McNew/Getty Images

­Mention offshore drilling at a casual get-together­ and watch the excitement in the room dry up like an exhausted oil well. Despite the fact that more than 40 million acres are already available for development along the outer continental shelf (OCS) of the United States, talk of opening up the remaining protected coastline to energy exploration has become about as risky as the no-no topics of religion and politics. What is it about increasing access to the OCS that gets people so worked up?

A large part of the controversy stems from differing estimates of what increased offshore drilling would actually mean -- to both the economy and the environment. Proponents of drilling insist that increasing domestic production along the coasts would lower gas prices and diminish the country's reliance on foreign oil with little negative impact on the environment. Detractors argue­ just as strongly that any oil found would have a minimal impact on prices and domestic supply, and would devastate surrounding ecosystems.

Facts aside, the controversy is also fueled by closely held personal priorities. While the anti-drilling side might accuse the other of valuing its pocketbook over the environment, the pro-drilling faction might say the greenies are more interested in saving coral than saving the country.

But while priorities do play a large role in the topic's sensitivity, cut-and-dry facts would go a long way toward lessening the tension. Unfortunately, although the argument lacks nothing in the way of emotion, substantial facts are in short supply.

To start with, the two sides can't agree on how much oil the OCS might hold. The Energy Information Administration (EIA) estimates that the current off-limits portion of the shelf in the lower 48 likely holds about 18 billion barrels of recoverable crude oil, but no one really knows for sure because comprehensive assessments haven't been made in years [source: EIA]. People can't say with certainty if the estimates are on target until they drill a well, and even then, what will come up isn't a sure bet.

Since the United States consumes about 7.5 billion barrels of oil each year, the untapped sea floor could conceivably supply the country's energy needs for a little more than two years -- that is, if the estimates are right [source: EIA]. Opponents of drilling think the recoverable amount could be lower and not even supply much. Proponents think the potential resources could keep the country going for even longer than two years.

Next, find out what kind of impact that extra oil could have on you the next time you fill up at the pump.