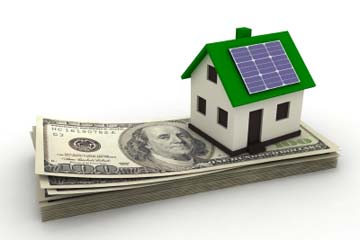 What would solar energy be without government subsidies? What would any form of energy production be without them?
© iStockphoto.com/alexsl

Think back to the ridiculous solar-paneled bra on page three of this article. How likely are you to fill your lingerie drawer with these renewable energy undergarments? But wait, before you refuse to drop top dollar on a space-age brassiere, think about what you'd do if you could get one at a discount -- or even free. Then would you consider augmenting your under attire with some renewable energy?

To some critics, investing in solar and wind energy is no less silly. Of course it makes sense to invest in renewable technology if a government program is going to pay for most of it through incentives and tax breaks. But this, they argue, artificially backs an unsustainable energy model.

While it's true that renewable energy benefits heavily from government incentive programs, it's important to realize that this is true of most energy sources. This includes everything from gasoline and nuclear power to ethanol production and solar power. The United States government, for instance, provides significant subsidies to every major fuel source in one way or another, keeping the costs for consumers down to predetermined levels.

Simply put, a government-subsidized technology is not one that necessarily exists in a bubble or is unsustainable in the long run.