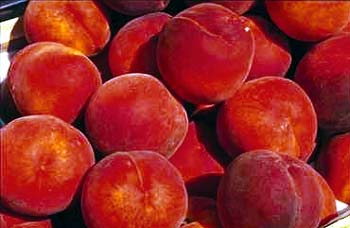 Organic and conventional food must meet the same quality and safety standards. Organic food differs from conventionally produced food simply in the way it is grown, handled and processed. There is no scientific evidence to suggest that it is more nutritious or safer than conventional food. A recently published report indicates that organic food is less likely to contain pesticide residues than conventional food (13 percent of organic produce samples versus 71 percent of conventional produce samples contained a pesticide residue when long-banned persistent pesticides were excluded). Yet, according to the National Research Council, the traces of pesticides left on conventionally grown products are unlikely to cause an increased cancer risk. Also, if fruits and vegetables are properly washed, most of the chemicals can be removed.

As for taste, that's up to you to decide what you like best. In general, people tend to find that the fresher a food is, the better it tastes, regardless of how it was produced.

Is There Any Downside to Organic Food?

In addition to the higher price, there are two main criticisms of organic food. First, some people argue that eating such products increases your exposure to biological contaminants, putting you at greater risk for foodborne illness. In particular, concerns have been raised about:

The second criticism of organic agriculture is that organic farmers can't produce enough to feed everybody. Some experts contend that organic food production, and in particular the failure to implement genetic engineering techniques, will condemn millions worldwide to hunger, malnutrition and starvation because:

In contrast, proponents of organic farming argue that the problem isn't producing enough food -- the problem is getting the food that is already produced to the people who need it. The FAO says that under the right circumstances, the market returns from organic agriculture can potentially contribute to local food security by increasing family incomes. The issue remains under heated debate.

For more information on organic food and related topics, check out the links below.