­Is it a feat of mo­dern engineering, or an environmental disaster in the making? China's Three Gorges Dam project has the potential to be both, depending on whether you talk to government officials or environmentalists. According to the Chinese government, Three Gorges is the solution to two of the country's biggest problems -- flood control and energy production. Yet many scientists say the dam could have devastating implications, including water pollution, earthquakes, landslides and the destruction of natural species and historical sites.

Three Gorges is an engineering marvel. When fully constructed and operational in 2009, it will surpass Brazil's Itaipu Dam to become the largest and most powerful hydropower project in the world.

Once completed, this $24 billion concrete dam will extend 1.5 miles (2.4 kilometers) across the river, and reach heights of more than 600 feet (183 meters) [source: Hvistendahl]. It will create a reservoir nearly 400 miles (644 kilometers) long (about the distance from Los Angeles to San Francisco) along the Yangtze, the third-largest river in the world. It will have the capacity to store 5 trillion gallons (18 trillion liters) of water [source: PBS].

The dam will house 26 turbine generator units, which will produce 18,000 megawatts of energy -- eight times the energy produced by the Hoover Dam, and enough to power 18.2 million homes and provide one-ninth of China's total power [sources: Hvistendahl, International Rivers, PBS].

Construction on the dam began in 1994 and was finished in October 2006. Three Gorges is set to be fully operational in 2009 -- four years ahead of schedule.

The original intent of Three Gorges Dam was for flood control. Over the past 2,000 years, there have been more than 200 catastrophic floods along the Yangtze's banks [source: PBS]. The dam is also needed to provide an important source of energy for a rapidly growing and modernizing society. China is the second-largest energy consumer in the world, just behind the United States. Right now 70 percent of its energy comes from coal [source: Energy Information Administration]. Over the next decade China aims to expand its use of alternative energy sources such as solar, nuclear and wind power. Hydropower will play a big part in that push for cleaner energy.

­Finally, Three Gorges will serve as a symbol of China's engineering might -- a massive construction project on a scale never before seen. The Chinese are hoping that Three Gorges will become a major tourist attraction.

­Environmental experts cite not one, but several potential catastrophes that could occur in the wake of the dam's construction.

Pollution. As it fills, the enormous reservoir will submerge 13 cities, 140 towns and 1,350 villages [source: International Rivers]. Homes, factories, mines and waste dumps will all end up underwater, along with their contents, which likely include toxic chemicals. Add to that the estimated 1.35 billion tons (1.25 billion metric tons) of sewage already being dumped in the river each year, which will have nowhere to go but into the reservoir -- a major source of drinking water for the region [source: China Three Gorges Project]. Putting a dam on the Yangtze will slow its flow from 13 feet (4 meters) per second to 1 foot (0.3 meters) per second, which means pollutants will float lazily in the river instead of being flushed quickly out to sea [source: Kuhn]. In a country where more than half of the major waterways are polluted to the point of being unsafe for drinking, polluted water is a big concern.

Earthquakes. Three Gorges Dam sits on two major fault lines -- Jiuwanxi and Zigui-Badong. Geologists fear that rapid changes in water pressure when the reservoir levels are changed during flood season could activate already shaky ground and trigger an earthquake (a phenomenon known as reservoir-induced seismicity). In the seven months following the 2006 increase in water level, geologists recorded 822 tremors around the reservoir [source: Hvistendahl].

Landslides and mudslides. The raising and lowering of the water level in the reservoir also destabilizes the land around it. Water seeps into the soil in the cliffs surrounding the reservoir, causing enough erosion to make the ground slip. The shore of Three Gorges reservoir has already collapsed in more than 90 places [source: Macartney]. Villagers in the area have reported mudslides and cracks appearing in their backyards. In 2003, 700 million cubic feet (20 million cubic meters) of rock slid into the Qinggan River just a couple of miles from where it flows into the Yangtze. The rockslide spawned 65-foot (20-meter) waves that killed 14 people [source: Hvistendahl].

Changes in the weather. The alteration in water flow from the dam is so significant that scientists are saying it's actually changing the weather in the area. Researchers at NASA discovered that Three Gorges was creating a sort of lake effect, decreasing rainfall in the area around it, while increasing rainfall in the surrounding mountains. In areas where rainfall increased, temperatures dropped by an average of 1.2 degrees Fahrenheit (less than 1 degree Celsius) because cloud cover limited the amount of sunlight reaching the ground. NASA scientists say these temperature fluctuations could become even more dramatic when the dam becomes fully functional in 2009 [source: NASA].

Drought. Ironically, just as the Three Gorges project seeks to prevent flooding, it's causing drought by reducing water levels in the Yangtze River. In 2008, the China Daily newspaper reported that the river had hit its lowest level in 142 years [source: Reuters]. That precipitous drop in water level strand­ed ships and led to water shortages in central and eastern China, including in Shanghai, China's largest city.

Lost species. The dam will flood some animal and plant habitats, while leaving others high and dry. Pollution in the water will make it impossible for many fish to survive. Three Gorges threatens more than 400 plant species, including the Chinese dove tree and dawn redwood, as well as a number of fish and the rare Baiji dolphin.

­Historic relics. The reservoir will inundate ancient villages, temples and burial grounds, destroying thousands of years' worth of irreplaceable history. Archaeologists and historians say almost 1,300 important historical sites will be submerged, including the 4,000-year-old homeland of the ancient Ba people [source: Kennedy].

Human rights activists, scientists and environmentalists have been voicing serious concerns about Three Gorges since plans were approved in the early 1990s. Even Chinese Premier Zhu Rongji issued a dire warning when he toured the dam site in 1999, saying, "The responsibility on your shoulders is heavier than a mountain. Any carelessness or negligence will bring disaster to our future generations and cause irretrievable losses" [source: Kennedy]. Chinese journalist Dai Qing has been one of the most outspoken critics of Three Gorges. She once called the project "The most environmentally and socially destructive project in the world" [source: Kennedy]. In 1989, Qing spent 10 months in prison for her views.

For many years the Chinese government hailed the virtues of the project and downplayed any harm it might cause. Then, in a September 2007 meeting in the city of Wuhan, the government's tune seemed to change. Officials warned of the project's "hidden dangers," and said it had the potential to cause a "huge disaster […] if steps are not taken promptly" [source: Yang].

The Chinese government is taking steps -- to the tune of billions of dollars -- to make the dam and reservoir safer. It's spending $3.2 billion on water treatment projects, and another $1.6 billion on fortifying the reservoir banks to prevent landslides [sources: China Environmental News Digest and International Rivers]. It's finding new spawning areas for threatened fish species, and it moved many ancient relics before they ended up underwater.

­However, despite serious concerns about its safety, the Three Gorges Dam project continues. Not only is it proceeding, but there are also plans under way to create 12 more hydropower facilities on the middle and upper Yangtze. The Chinese government is also looking to replicate the Three Gorges model elsewhere, with 13 dams planned for the Nu River and eight dams on the Lancang (Upper Mekong) River, all in an effort to increase the country's hydropower capacity to 300 gigawatts (300 million kilowatts) by 2020 [source: Yardley]. These dams could potentially displace thousands more people, and cause ecological nightmares of their own.

­To learn more about dams and China, look over the next page.

The Three Gorges Dam will have a huge impact not only on the land surrounding it, but also on the people who live there. Before construction began, the Chinese government ordered 1.3 million people living along the banks of the Yangtze to leave their homes. Although those who were relocated were promised money and plots of land, some received as little as 50 yuan -- just $7 -- a month, and were resettled to areas where the soil was less fertile than the land they had left [source: Hvistendahl]. Many farmers moved to higher ground, where they're now sharing tiny pieces of land on steep, landslide-prone slopes. 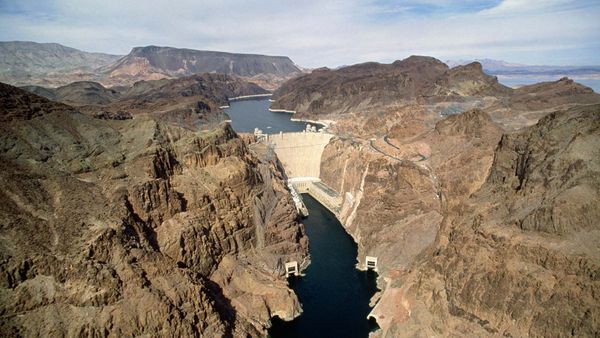 Up Next
What if the Hoover Dam Broke?
Explore More 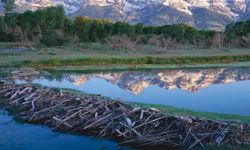 You May Like
Why Do Beavers Build Dams?
Explore More