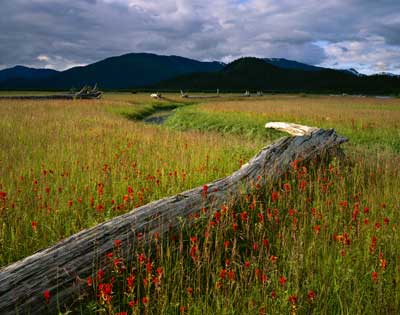 A wetland is an area between dry land and water that is regularly saturated with surface or ground water. In fact, it's inundated with this water so consistently that vegetation and animals that thrive in wet conditions take up residence there. You can find wetlands on every continent on the planet, with the exception of Antarctica [source: EPA].

Since wetlands are so common and found almost everywhere, why is wetland preservation such a big deal? Actually, up until the mid-1980s, it wasn't. Wetlands were viewed as wild areas that needed to be controlled. The U.S. Army Corps of Engineers, in particular, spent a lot of time draining wetlands for future development or agriculture. In fact, since European settlers first arrived in what would become the United States, U.S. wetland area has declined from 220 million acres to 105.5 million acres [source: Zinn]. That's a 50 percent loss.

During the 1970s, people began to recognize the benefits of wetlands. In addition to hosting a wide variety of plant and animal life, wetlands also provide water storage, filtration and offer us protection from floods. Beginning with The Clean Water Act of 1972, the U.S. government began instituting a series of laws and acts that would protect wetlands from further degradation. Unfortunately, the majority of wetlands in this country are located on private land, so the government can only do so much. The government also has recently put focus on restoration and wetland creation.

Worldwide, threats to wetlands continue. Human exploitation, climate change, military activity, and drought all degrade or destroy the planet's wetland areas. For instance, in only 30 years, the Philippines has lost 80 percent of its coastal wetlands [source: WWF].

What­ lives in wetlands, and why do wetlands go by so many different names? Keep reading to find out.

What's the difference between a wetland and a watershed? Well, you're probably not sitting in a wetland right now (unless you've got a really good wireless connection!), but you're definitely sitting in a watershed. A watershed is an area that drains to a common waterway, like a creek or stream -- which then drains to a larger body of water, like the ocean.

Wetlands provide a link between watershed and water. Wetlands filter the water running into the stream, river or ocean, cleaning it of toxins that could cause pollution in major waterways.