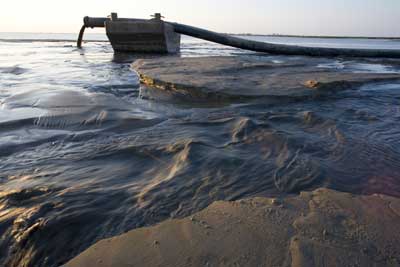 Many programs are in place not only to preserve wetlands, but to rehabilitate destroyed wetlands. In addition to U.S. federal regulations, individual states are encouraged to implement their own water-quality standards and wetlands protection programs.

The U.S. Environmental Protection Agency (EPA) estimates that 75 percent of wetlands are privately owned. So, the EPA and United States Fish and Wildlife Service (USFWS) offer financial assistance and expertise to landowners who would like to restore or protect wetlands on their own property. In addition, the EPA's "5 Star Restoration Program" provides grants to community organizations, students, landowners and local government groups for wetland and stream restoration projects. Since 1999, it has kicked off over 250 projects [source: EPA].

The rehabilitation of destroyed wetlands also is essential. It can take a long time for a wetland to form again naturally, but we can boost it in that direction. The EPA defines three types of rehabilitation: restoration, creation and enhancement.

Restoration returns a degraded or former wetland to its original state. A simple example of this is filling a previously drained ditch with water and letting nature take its course. Restoration can happen on small or very large scales. Wetland creation, or creating a wetland where one didn't exist before, is done by flooding an area or diverting a water source (like a stream, for example) to a dry area. Wetland creation can be difficult, as there are many factors at play, including recreating a viable and natural ecosystem. Taking an existing wetland and increasing its function is called wetland enhancement. If a wetland doesn't have a suitable amount of fish, for example, we can add water. Or if it doesn't have enough birds, we can decrease water. However, wetland enhancement usually comes with a tradeoff -- adding that water will indeed result in more fish, but it will also decrease the wetland's ability to hold back floodwater [source: EPA].

For more information on wetlands and other natural phenomena, take a look at the links below.

The Manhattan club "Wetlands Preserve" closed its doors in September 2001 after almost 13 years on the scene. Wetlands made its mark on jam band history by helping music groups like Phish, Blues Traveler and Widespread Panic achieve national prominence.

The Wetlands wasn't just a rock club, though. It was also a busy activist organization known as The Activism Center at Wetlands Preserve. Founder Larry Bloch used revenue from the club to finance the Activism Center, which hosted programs with guest speakers like Jello Biafra, Allen Ginsberg and various environmental activists. The Wetlands Activism Center has enjoyed several successful campaigns -- most notably persuading The New York Times to cut ties with an environmentally irresponsible paper supplier [source: NY Rock].

Although the Wetlands Preserve rock club is long gone, the Activism Center continues to operate today with a volunteer staff.