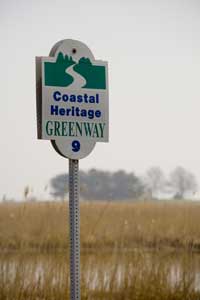 The wetland preservation movement began in the U.S. in earnest with the Clean Water Act (CWA) of 1972. Although not specifically written to protect wetlands, the CWA is comprised of a series of regulations designed to prevent pollutants from contaminating U.S. waters. And, as we've already learned, pollution is a major threat to the health of wetlands.

The creation of the CWA was notable because for the first time, the U.S. federal government stepped up to regulate water quality. Up until then, each state was responsible for developing its own clean water standards. The CWA put the U.S. Environmental Protection Agency (EPA) in charge of implementing the goal of clean water nationwide.

Section 404 of the CWA specifically addresses wetland protection, prohibiting the release of any dredged or fill material into United States waters -- including wetlands. Any proposed development activities near or on wetlands must go through a regulation and permit process. The United States Army Corps of Engineers and the EPA jointly administer this process. The United States Fish and Wildlife Service (USFWS) also plays an advisory role. If this all sounds confusing, that's because it is. Let's break down the roles and responsibilities for the permit process.

The Army Corps of Engineers is responsible for day-to-day administration of the program, development and enforcement of policy, and verifying jurisdictional determinations of wetlands. The EPA also develops and interprets policy, oversees state and tribal rights, reviews permit applications and has the authority to deny the use of any wetland-defined area. Finally, the USFWS evaluates possible impacts on surrounding fish and wildlife for all proposed federal projects [source: EPA].

Because it can be difficult to delineate where some wetlands begin and end, some people feel the CWA does not truly protect all wetlands. One group may call an area wetlands, while another may designate it otherwise. The Emergency Wetlands Resources Act of 1986 attempted to address this problem by requiring the USFWS to address a national wetlands conservation plan, and required all states to include wetlands in their outdoor recreation plans.

However, the wetlands delineation issue is contentious and controversial, and continues to be to this day. For example, in 2006 a Supreme Court case known as Rapanos vs. United States clearly illustrated the division over the definition of wetlands. John Rapanos, a Michigan landowner, violated the Clean Water Act when he filled in and dried out wetlands on his property. However, Rapanos argued that because his property was 20 miles (32 kilometers) from a large body of water, it wasn't under a federal jurisdiction of wetlands protection.

The U.S. Supreme Court eventually returned a fractured decision. Four judges argued for a sharper restriction of the definition of federally preserved wetlands, believing that the existing definitions of wetlands were too vague and open to debate. Four judges argued in favor of retaining the broad wetland definitions created by the Army Corps of Engineers. Justice Anthony Kennedy, whose opinion controlled the outcome, stated that a wetland should have a "significant nexus" to a body of water in order to qualify for protection under the Clean Water Act. This opinion alarmed environmentalists, as it opened the door to remove protection from many wetlands. But Kennedy also stated that the Rapanos' property did meet the expert definition of wetlands, and its destruction was indeed a violation of the Clean Water Act [source: Greenhouse].

Besides U.S. federal regulations, what other actions have been taken to protect wetlands? Read on to find out how.