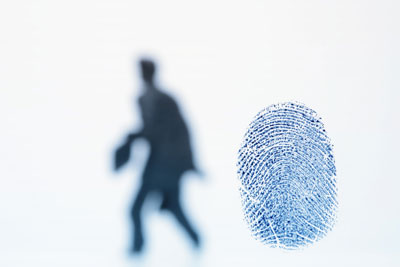 Bite marks aren't like fingerprints and DNA -- they can't tell you 100 percent who the biter was.
George Diebold/Photonica/Getty Images

In January 2007, prisoner Roy Brown, who had been convicted of murder in New York in 1992, was set free. Brown was one of many prisoners who have been released after DNA analysis, not available or widely used during their trial, cleared them of their crimes. In Brown's case, bite-mark analysis was instrumental in his conviction. But DNA from saliva left on the bite matched with a different suspect. So what went wrong?

The bite mark in the Brown case showed six tooth impressions from the front teeth of the upper jaw, although he was missing two teeth at the time. The expert witness claimed that Brown could have moved the skin of the victim around when biting to make it appear that he wasn't missing any teeth. Although this testimony was not the only evidence used by the prosecution, it was instrumental in helping jurors reach a guilty verdict.

Just five years earlier, an Arizona man named Ray Krone was released from prison after 10 years of serving his murder sentence. The prosecution's witness claimed a perfect match between his teeth and a bite mark found on the victim. The witness stated that "a match is 100 percent" [source: New Scientist]. Krone was cleared after DNA belonging to another suspect was found on the victim's clothes.

Cases like these have led critics to speculate about the nature of bite-mark analysis. Rather than extrapolate based on the bite mark itself, forensic dentists often get a lot of information about the suspected biter before performing the analysis. This might lead them to look for evidence that isn't actually there to fit the need. In addition, forensic dentists may be giving juries the impression that bite marks are as unique as fingerprints or DNA -- and they're not. Despite what the witness in the Krone case stated, there is no evidence to show that you can state that an individual was responsible for a bite mark with complete certainty.

Now some critics feel that bite-mark analysis should be used only to eliminate, not to identify, a suspect. Others say that it's acceptable to state there is a probability that a suspect created the mark, but that it's important to clarify that bite marks can't be the only thing linking the suspect to the crime. Forensic dentist training as well as proper education of the jury are also factors.

After the Brown exoneration, Chief forensic dentist Richard Souviron of the Miami-Dade Medical Examiner's Office told the New York Times that, "If you say that this bite fits this person and nobody else in the world, and if you use the bite mark as the only piece of physical evidence linking an attacker to his victim, that's not science -- that's junk" [source: New York Times]. Anthony Cardoza, who co-authored a 1999 study showing that bite-mark analysis could be reliable under specific conditions, admitted, "The best bite mark is one you can swab for DNA" [source: New Scientist].

For lots more information about forensic dentistry and crime stuff, check out the articles and links below.

In the United States, many forensic dentists are certified by the American Board of Forensic Odontology. There is a long list of qualifications to obtain this certification, including: