The 19th-century British polymath Francis Galton could have been as well-remembered as his famous first cousin, Charles Darwin. Galton had a passion for counting and measuring everything he could get his hands on, which drove him to do pioneering work in fields as diverse as meteorology, psychology, statistics, biometrics, forensics and anthropology.

But Galton also had a fatal intellectual flaw, a fascination with applying Darwin's revolutionary discovery of natural selection — and the popular scientific notion of the "survival of the fittest" — to humans. With a head full of casually racist Victorian assumptions about the superiority of the white, British male, he launched a full-throated endorsement of selective human breeding and coined the term "eugenics."

Galton's ideas would give rise decades later to forced sterilization of the "unfit" — including in the United States — and ultimately the horrors of the Nazi extermination camps.

A Victorian Man of Science

Galton's career can be divided into two parts: his early life as an explorer, travel writer and scientific innovator; and then his later obsession with eugenics following the release of "On the Origin of Species."

Galton was born in 1822 and was considered to be a child prodigy. Soon after he graduated from university, his father died, leaving him the family fortune inherited from an industrialist grandfather. Free from the tyranny of earning a living, young Galton indulged his passion for travel and hunting, going on expeditions to Egypt and the Holy Land. Galton's cousin Darwin got him an introduction to the Royal Geographical Society, where he hatched a monthslong expedition to map unexplored corners Africa.

During his African journeys, Galton showed a real talent for the detailed measurements of mapmaking, hinting at the patient dedication to data collection would serve him well throughout his career. He proved less successful, however, at international diplomacy. After attempting to win passage through a tribal king's land by presenting him with cheap gifts, Galton returned to his tent to find the king's own peace offering, a nude young woman smeared in butter and ochre dye.

Galton had her "ejected with scant ceremony," as he put it, less for moral reasons than a concern about staining his white linen suit. Galton wrote that she was "as capable of leaving a mark on anything she touched as a well-inked printer's roller." The king, needless to say, told Galton to scram.

Back in London, Galton wrote a popular account of his African travels as well as how-to guides for would-be adventurers. Then he began to indulge his scientific curiosity on all manner of subjects still in their scientific infancy.

First was a fascination with meteorology. If you think today's weather forecasts are bad, imagine how awful they were in the 1850s when The Times of London began publishing the first predictions of tomorrow's weather. Galton approached the problem like he would dozens of others in his career: He went out and collected data.

In 1861, he set up a system by which meteorologists across Europe collected weather data — temperature, wind speed and direction, barometric pressure — three times a day at the exact same hours for a month. Galton then analyzed the data for recognizable patterns of cause and effect, and in the process discovered the phenomenon known as an "anticyclone."

But perhaps Galton's greatest contribution to weather forecasting was inventing some of the first weather maps that included wind speed arrows, temperature discs, and simple symbols for rain and sunshine.

Even some of Galton's notable early failures became wild successes. In 1864, he and some fellow Victorian notables launched a weekly scientific journal called The Reader, which disbanded after two years. Some other colleagues revived the journal a few years later under the name Nature, now one of the world's most respected scientific publications.

It's hard to overstate the scientific and societal impact of Darwin's publication of "On the Origin of Species" in 1859. Galton was enthralled by his cousin's theory of natural selection and even more taken with Herbert Spencer's notion of the "survival of the fittest" and the emerging philosophy of "social Darwinism." By the logic of social Darwinism, the wealthy white elite were by nature the fittest, while the poor and nonwhite masses were obviously less equipped for the struggle of survival.

Galton was eager to find data that could prove that desirable and undesirable human traits were inherited from one generation to the next. So, he started examining the family trees of "great men" — scientists, writers, judges and statesmen — and collecting data on the admirable qualities shared by fathers, sons and grandsons. This being the mid-19th century, women were completely ignored.

He published his results in the 1869 book "Hereditary Genius," concluding that greatness was indeed inherited. Never mind that Galton dismissed the educational and social advantages enjoyed by the elite, or that the questionnaires that he sent to his eminent research subjects were clearly biased, Galton's work was also pioneering in many ways. He was the first to use family trees and questionnaires to gather data about inherited traits, a technique that would form the basis of later work in genetic science.

"Hereditary Genius" got mixed reviews. Nature was mildly positive. Darwin gave it two (opposable) thumbs-up. But there were also critics who insisted that inherited "nature" alone didn't determine one's abilities or place in the social order. Equally important were the life experiences and educational opportunities that we collectively call "nurture."

"Universal knowledge of reading, writing and ciphering and the absence of pauperism would raise the national grade of ability far quicker and higher than any system of selected marriage," wrote The Times.

To answer his critics and prove the dominance of nature over nurture, Galton went back to what he did best, collecting hard data. In one study, he asked 205 sets of parents and their children to report their respective heights. When he plotted the heights on a graph, he found that the children of tall people tended to be slightly shorter on average than their parents, while the children of short people tended to be taller on average than their parents.

Galton repeated the experiment with sweet peas and found the same result. Plants that sprung from large seeds produced peas that were smaller, not larger on average than the parent seed. What he had discovered was the statistical phenomenon of "regression to the mean" and even developed a formula called the regression coefficient. For that reason alone, Galton was a pioneer in biological statistics.

In a similar stroke of genius, Galton realized that the best way to prove the unchanging influence of inheritance was to find sets of identical twins who had been separated at birth and raised in radically different circumstances. If they remained similar in health, character and achievements, then his theory would be validated.

Galton struck out at finding his separated identical twins, but he went on to perform some of the first twin studies in the history of science. In an 1875 paper, he reported on 94 sets of twins who shared striking similarities, not only in physical appearance, but in taste and temperament. Again, Galton's conclusions show a clear bias toward his hypothesis, but that first 1875 twin study laid the groundwork for what has become an indispensable tool of behavioral genetics research.

Galton also made his mark (pun painfully intended) on forensic science. Others had done important work in the field of fingerprinting, but it was Galton who ultimately convinced Scotland Yard to adopt the forensic technique by proving — once again through massive data collection and careful analysis — that no two fingerprints are exactly alike and that fingerprints remain unchanged over the lifetime. We can also thank Galton for inventing the fingerprint classification system of arches, loops and whorls.

From Social Darwinism to Sterilization

Sadly, Galton's contributions to science have been almost entirely overshadowed by his abiding belief in eugenics, which Galton defined as "the scientific study of the biological and social factors which improve or impair the inborn qualities of human beings and of future generations."

Galton coined the term eugenics in 1883, but he was writing about his idea of a eugenetic utopia a decade earlier. In an 1873 article in Fraser's Magazine, he described a future in which the genetic elite were incentivized by the state to procreate, while the genetically "unfit" would be barred from reproducing at all. In an earlier letter to the Times he proposed that Africa be given over to the Chinese people, saying "the gain would be immense" if the Chinese were to "'outbreed and finally displace" the Africans.

It's important to point out that Galton was far from alone in his views, and that talk of superior and inferior "stock" was common in a Victorian era steeped in racism and classism. When Galton gave a lecture on eugenics in 1904, prominent thinkers were invited to respond. The author H.G. Wells sounded skeptical at first, arguing that the relative genetic superiority of individuals was too hard to quantify. But then he concluded with this shocker:

"The way of nature has always been to slay the hindmost, and there is still no other way, unless we can prevent those who would become the hindmost being born," wrote Wells. "It is in the sterilization of failures, and not in the selection of successes for breeding that the possibility of an improvement of the human stock lies."

Tragically, some of Galton's most offensive ideas were ultimately put into practice. Not only in Nazi Germany, where millions of genetically or racially "unfit" individuals — the disabled, mentally ill, homosexuals, gypsies and Jews — were rounded up and exterminated. But also in the United States, which has its own shameful history of forced sterilization programs targeting Mexican-Americans, African Americans and Native Americans, as well as convicted criminals and the mentally ill.

Galton received many honors, including a knighthood in 1909. He died in 1911, leaving behind no children (his wife of 43 years died in 1897). Ironically, he lived long enough to see Britain lay the beginnings of the welfare state, with pensions for the elderly and free school meals, measures that would help the neediest and disavow a eugenics future.

Now That's Interesting
In 1904 Galton established a research fellowship in eugenics at University College London (UCL) and left most of his papers to the university. When students and professors campaigned to remove Galton's name from a prominent science building because of his racist views, many scientists came to his defense. "The individuals we have honored at UCL are commemorated not on political grounds but for discoveries that laid the foundations of several new sciences," said genetics professor Steve Jones to the Observer.

Why Are We So Fascinated With Owls?

Insights on Alzheimer's From the Long-running Nun Study 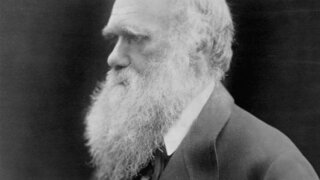 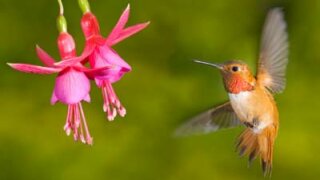 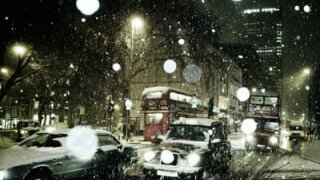