The History of Fast Food 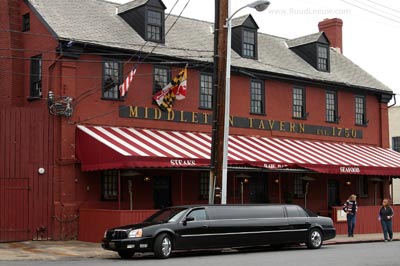 Restaurants have been around in some form for most of human civilization. But they usually catered to travelers. As far back as ancient Greece and Rome, inns and taverns generally served food to people who had a reason to be away from home. This trend continued until relatively recently. Although taverns and coffee houses were popular places to gather and share beverages in the 17th century, the idea of eating out for fun didn't take off in Western society until the late 18th century.

Although McDonald's was the first restaurant to use the assembly-line system, some people think of White Castle as the first fast-food chain. White Castle was founded in 1921 in Wichita, Kansas. At the time, most people considered the burgers sold at fairs, circuses, lunch counters and carts to be low-quality. Many people thought hamburger came from slaughterhouse scraps and spoiled meat.

White Castle's founders decided to change the public's perception of hamburgers. They built their restaurants so that customers could see the food being prepared. They painted the buildings white and even chose a name that suggested cleanliness. White Castle was most popular in the American East and Midwest, but its success helped give hamburger meat a better reputation nationwide. So, like cars, White Castle played an important part in the development of fast food.

Image courtesy Brands of the World

The McDonald brothers opened their redesigned restaurant in 1948, and several fast-food chains that exist today opened soon after. Burger King and Taco Bell got their start in the 1950s, and Wendy's opened in 1969. Some chains, like Carl's Jr., KFC and Jack in the Box, existed before the Speedee Service System, but modified their cooking techniques after its debut. McDonald's, which started it all, is now the world's largest fast-food chain.

According to the National Restaurant Association, American sales of fast food totaled $163.5 billion in 2005 [ref]. The industry is growing globally as well. Total sales for McDonald's grew 5.6 percent in 2005, and the company now has 30,000 franchised stores in more than 120 countries [ref and ref].

However, McDonald's - and fast food in general - does not always get a welcoming reception around the world. McDonald's restaurants have been attacked in several countries, including the United States, China, Belgium, Holland, India, Russia, Sweden and the U.K. Protestors have accused McDonald's and other chains of selling unhealthy food, marketing aggressively to children and undermining local values and culture.

See the links below for more on nutrition, fast food and related topics.

The History of the Drive-Through