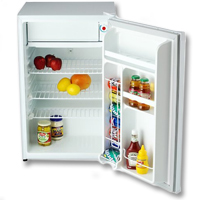 Find out what's being done to your food to make it last longer. See more food pyramid pictures.

­Because food is so important to survival, food preservation is one of the oldest technologies used by human beings. In this article, we'll look at all of the different preservation techniques commonly used today, including:

The basic idea behind all forms of food preservation is either:

I­n certain cases, a preservation technique may also destroy enzymes naturally found in a food that cause it to spoil or discolor quickly. An enzyme is a special protein that acts as a catalyst for a chemical reaction, and enzymes are fairly fragile. By increasing the temperature of food to about 150 degrees Fahrenheit (66 degrees Celsius), enzymes are destroyed.

A food that is sterile contains no bacteria. Unless sterilized and sealed, all food contains bacteria. For example, bacteria naturally living in milk will spoil the milk in two or three hours if the milk is left out on the kitchen counter at room temperature. By putting the milk in the refrigerator you don't eliminate the bacteria already there, but you do slow down the bacteria enough that the milk will stay fresh for a week or two.

Let's look at all of the different forms of food preservation in detail. 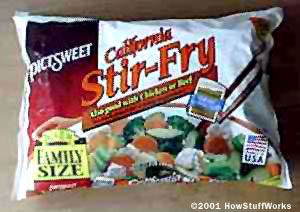 A bag of frozen vegetables will last many months without spoiling.

Refrigeration and freezing are probably the most popular forms of food preservation in use today. In the case of refrigeration, the idea is to slow bacterial action to a crawl so that it takes food much longer (perhaps a week or two, rather than half a day) to spoil. In the case of freezing, the idea is to stop bacterial action altogether. Frozen bacteria are completely inactive. 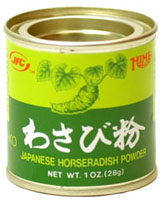 Since 1825 or so, canning has provided a way for people to store foods for extremely long periods of time. In canning, you boil the food in the can to kill all the bacteria and seal the can (either before or while the food is boiling) to prevent any new bacteria from getting in. Since the food in the can is completely sterile, it does not spoil. Once you open the can, bacteria enter and begin attacking the food, so you have to "refrigerate the contents after opening" (you see that label on all sorts of food products -- it means that the contents are sterile until you open the container).

We generally think of "cans" as being metal, but any sealable container can serve as a can. Glass jars, for example, can be boiled and sealed. So can foil or plastic pouches and boxes. Milk in a box that you can store on the shelf is "canned" milk. The milk inside the box is made sterile (using ultra high temperature (UHT) pasteurization) and sealed inside the box, so it does not spoil eve­n at room temperature.

One problem with canning, and the reason why refrigeration or freezing is preferred to canning, is that the act of boiling food in the can generally changes its taste and texture (as well as its nutritional content). 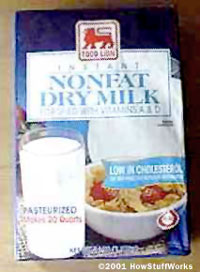 Many foods are dehydrated to preserve them. If you walk through any grocery store you may notice the following dehydrated products:

Since most bacteria die or become completely inactive when dried, dried foods kept in air-tight containers can last quite a long time.

Soup and milk are easy to dry and last for years.

Normally, drying completely alters the taste and texture of the food, but in many cases a completely new food is created that people like just as much as the original! 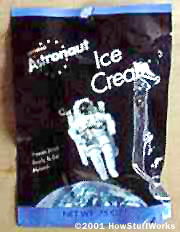 You can freeze-dry ice cream!

Freeze-drying is a special form of drying that removes all moisture and tends to have less of an effect on a food's taste than normal dehydration does.

In freeze-drying, food is frozen and placed in a strong vacuum. The water in the food then sublimates -- that is, it turns straight from ice into vapor. Freeze-drying is most commonly used to make instant coffee, but also works extremely well on fruits such as apples.

An Experiment in Freeze-Drying

You probably don't have a good vacuum chamber at home, but you almost certainly have a refrigerator. If you don't mind waiting a week, you can experiment with freeze-drying at home using your freezer.

For this experiment you will need a tray, preferably one that is perforated. If you have something like a cake-cooling rack or a metal mesh tray, that is perfect. You can use a cookie sheet or a plate if that is all that you have, but the experiment will take longer.

Now you will need something to freeze-dry. Three good candidates are apples, potatoes and carrots (apples have the advantage that they taste okay in their freeze-dried state). With a knife, cut your apple, potato and/or carrot as thin as you can (try all three if you have them). Cut them paper-thin if you can do it -- the thinner you cut, the less time the experiment will take. Then arrange your slices on your rack or tray and put them in the freezer. You want to do this fairly quickly or else your potato and/or apple slices will discolor.

In half an hour, look in on your experiment. The slices should be frozen solid.

Over the next week, look in on your slices. What will happen is that the water in the slices will sublimate away. That is, the water in the slices will convert straight from solid water to water vapor, never going through the liquid state (this is the same thing that mothballs do, going straight from a solid to a gaseous state). After a week or so (depending on how cold your freezer is and how thick the slices are), your slices will be completely dry. To test apple or potato slices for complete drying, take one slice out and let it thaw. It will turn black almost immediately if it is not completely dry.

When all of the slices are completely dry, what you have is freeze-dried apples, potatoes and carrots. You can "reconstitute" them by putting the slices in a cup or bowl and adding a little boiling water (or add cold water and microwave). You can eat the apples in their dried state or you can reconstitute them. What you will notice is that the reconstituted vegetables look and taste pretty much like the original! That is why freeze-drying is a popular preservation technique.

Salting, especially of meat, is an ancient preservation technique. The salt draws out moisture and creates an environment inhospitable to bacteria. If salted in cold weather (so that the meat does not spoil while the salt has time to take effect), salted meat can last for years.

The following passage from John Steinbeck's "The Grapes of Wrath" describes the process briefly:

Noah carried the slabs of meat into the kitchen and cut it into small salting blocks, and Ma patted the course salt in, laid it piece by piece in the kegs, careful that no two pieces touched each other. She laid the slabs like bricks, and pounded salt in the spaces.

This technique creates a keg (a wooden barrel) full of salt and meat. This technique is ancient. You can read about its use during the sailing voyages around the time of Columbus. Many accounts of the Revolutionary War and especially the Civil War talk about meat preserved in this way. Salting was used to preserve meat up through the middle of this century, and was eventually replaced by refrigeration and freezing.

­Today, salting is still used to create salt-cured "country ham" found widely in the southern United States, dried beef (which you can buy in jars at most grocery stores), and corned beef and pastrami, which are made by soaking beef in a 10-percent salt water brine for several weeks.

Pickling was widely used to preserve meats, fruits and vegetables in the past, but today is used almost exclusively to produce "pickles," or pickled cucumbers. Pickling uses the preservative qualities of salt (see above) combined with the preservative qualities of acid, such as acetic acid (vinegar). Acid environments inhibit bacteria. To make pickles, cucumbers are soaked in a 10-percent salt water brine for several days, then rinsed and stored in vinegar to preserve them for years. 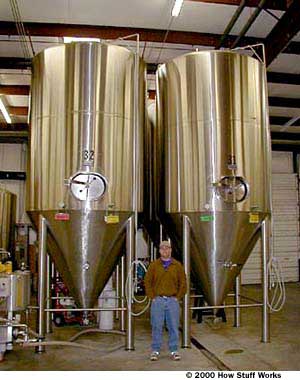 Pasteurization is a compromise. If you boil a food you can kill all bacteria and make the food sterile, but you often significantly affect the taste and nutritional value of the food. When you pasteurize a food (almost always a liquid), what you are doing is heating it to a high enough temperature to kill certain (but not all) bacteria and to disable certain enzymes, and in return you are minimizing the effects on taste as much as you can. Commonly pasteurized foods include milk, ice cream, fruit juices, beer and non-carbonated beverages. Milk, for example, can be pasteurized by heating to 145 degrees F (62.8 degrees C) for half an hour or 163 degrees F (72.8 degrees C) for 15 seconds.

Ultra high temperature (UHT) pasteurization completely sterilizes the product. It is used to created "boxes of milk" that you see on the shelf at the grocery store. In UHT pasteurization, the temperature of the milk is raised to about 285 degrees F (141 degrees C) for one or two seconds, sterilizing the milk.

Fermentation uses yeast (see How Bread Works for more information on yeast) to produce alcohol. Alcohol is a good preservative because it kills bacteria. When you ferment grape juice you create wine, which will last quite a long time (decades if necessary) without refrigeration. Normal grape juice would mold in days. 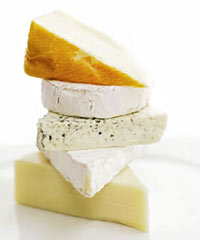 Easier to make than you might think
Stockbyte/Getty Images

Cheese is way of preserving milk for long periods of time. In the process, the milk in cheese becomes something completely unlike milk, but cheese has its own interesting and delicious properties. Cheese-making is a long and involved process that makes use of bacteria, enzymes and naturally formed acids to solidify milk proteins and fat and preserve them. Once turned into cheese, milk can be stored for months or years.

­The main preservatives that give cheese its longevity are salt and acids. The basic steps in cheese making go something like this (for most common cheeses like cheddar):

As you can see, cheese-making is complicated. It produces a product that preserves milk proteins and sugars with acids and salt. 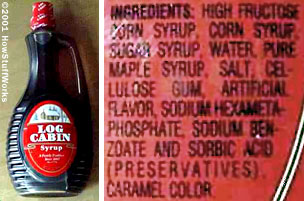 Pancake syrup can sit out because of the ingredients it contains.

There are three classes of chemical preservatives commonly used in foods:

If you look at the ingredient labels of different foods, you will frequently see these different types of chemicals used. Another common preservative that you will commonly see on food labels is sorbic acid. All of these chemicals either inhibit the activity of bacteria or kill the bacteria.

Nuclear radiation is able to kill bacteria without significantly changing the food containing the bacteria. So if you seal food in plastic and then radiate it, the food will become sterile and can be stored on a shelf without refrigeration. Unlike canning, however, you do not significantly change the taste or texture of the food when you irradiate it.

The FDA recently approved the irradiation of beef, and the irradiation of chicken has been approved for some time. Irradiation of these meats could prevent many forms of food poisoning. However, many people have a significant problem with the words "nuclear radiation." Therefore, irradiated food is not very common in this country.

For more information on food preservation and related topics, check out the links on the next page.