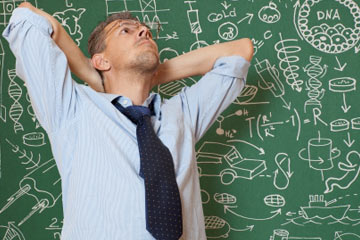 Could the fear of being sued for patent infringement really discourage some companies from innovating?
©iStockphoto.com/Andreyuu

In 1999 Peter Detkin, a lawyer at Intel Corporation, was frustrated. Companies that had never produced a single semiconductor chip were suing his firm for a total of $15 billion for patent infringement. Detkin referred to his antagonists as "patent extortionists." Threatened with a libel suit, he toned it down to "patent trolls." Detkin was referring to fairy-tale trolls, like the ones in "Three Billy Goats Gruff," who live under the bridges and threaten those who try to cross them. His name for the companies stuck.

Like the ones in the story, trolls in the world of patents and inventions have an ugly image. The term refers to companies that produce no products and conduct little research to create new ideas. Instead, they buy patents from others and use them to make money from companies that have built a successful market for a product. Patent trolls use the threat of lawsuits or actual litigation to enforce their demands. A more polite and neutral name for them is nonpracticing entities (NPEs).

NPEs usually amass large portfolios of patents, which they purchase from companies that are going out of business, or from firms that have developed technology that they don't intend to pursue. They also buy patents from inventors who can't afford to develop their ideas. The trolls then look for successful products that use the technology covered by their patents and demand a licensing fee. Because patent suits are expensive to defend, the target company is often willing to settle out of court.

But a lack of litigation hasn't helped patent trolls avoid controversy -- especially in recent years. Critics say patent trolls soak up money that could be used on research and development and pass on precious little of it to inventors. Their heavy-handed enforcement tactics appear to be a drag on the very companies that are putting new technology to work. Many believe the fear of being sued for infringing on obscure, often vague patents discourages companies from innovating. The only entities who benefit from patent trolls, detractors say, are the trolls themselves, their financial backers and the lawyers who handle the suits [source: Raustiala].

Supporters of NPEs, on the other hand, argue that the companies actually encourage innovation by helping inventors profit from their ideas. What evidence is there of these claims? And how does the U.S. patent system create an environment where patent trolls can thrive? Read on to find out.

Making Way for Patent Trolls: The Changing Face of Patents

The idea of licensing patents isn't new. In 1895, an inventor named George B. Selden patented a gasoline-engine-driven carriage. Though he wasn't successful as an automobile manufacturer, he collected plenty of fees from manufacturers in the burgeoning car market. In 1911, his patent was challenged successfully by Henry Ford when an appeals court ruled that the engine then used in cars differed from Selden's version [source: Raustiala, Koch].

The market for patents has generally been seen as a good thing. An inventor who couldn't afford to develop his or her idea could receive cash from a patent troll and let the troll enforce the patent. That cash was an incentive to keep inventing. Today's NPEs claim they are the middlemen who make it easier for that patent market to operate.

Several developments in the patent system have made it easier for patent trolls to thrive in recent years. In 1998, for example, a federal court ruling required the Patent Office to issue patents for computer software, including software for business activities like on-line auctions [source: Popper]. Previously, patents were issued mainly for devices or physical processes. Software patents, which refer only to computer code, are harder for inspectors to evaluate and compare; many "fuzzy" software patents are unclear about what they cover [source: Plummer].

Additionally, the Patent Office receives 520,000 applications in a year -- that's about 1,425 every day -- and its 6,500 inspectors are hard-pressed to investigate each application thoroughly [source: Raustiala]. They sometimes end up issuing patents that should not have been awarded. The sheer number and poor quality of patents make it harder for technology companies to be sure they aren't infringing on an existing or pending patent.

Many argue that the cost of patent litigation works to patent trolls advantage, too. Bringing or defending a patent lawsuit is expensive, with legal costs and lawyers' fees reaching into the millions of dollars. And if a defendant company loses a suit, it may be liable for triple damages in a case of willful infringement. It may also face an injunction against using the technology. Companies almost always settle patent suits rather than risk judgment, no matter what the merits of case. They end up paying a fee to use the disputed technology.

The term patent troll could apply to any company that takes advantage of these factors to make money. It's usually not used for patent holders like universities that create ideas in research labs and then license them. Instead, the term is reserved for nonpracticing entities (NPEs) whose primary business is acquiring patents and using them to extract licensing fees from other companies. Some companies that have been labeled patent trolls are Intellectual Ventures Management, LLC; Acacia Research Corp.; and Lodsys, LLC.

In the next section, we'll look at the tactics that patent trolls use to successfully challenge other companies.

The U.S. Patent and Trademark Office was established in the 1790s "to promote the Progress of Science and useful Arts" in the then-new nation. Patent law gives an inventor a monopoly on an idea for 20 years. In a patent application, which is subsequently made public, he or she reveals the details of the idea, but the patent legally protects the idea from theft. Other inventors can learn from the patent and develop their own ideas. The two main requirements for an idea to be patented are that it be original and not an obvious extension of current knowledge.

Patent trolls have had their biggest impact on the computer software industry. By one estimate, NPEs have brought 41 percent of the patent litigation involving software patents [source: Bessen]. Much of the criticism of patent trolls has focused on the tactics the companies use in order to pursue their interests within the patent system. Common troll strategies include the following:

Sometimes these tactics are very successful. For example, in 2006, NTP Corp., a patent holding company, settled a patent suit with Research in Motion, the maker of the BlackBerry device, for $612.5 million. They received this sum even though questions were raised about the validity of NTP's patents [source: Kelley].

But patent troll tactics don't always work. In 2011, an NPE called Eon-Net LP lost a suit against the savings and loan holding company Flagstar Bancorp. Eon-Net had sued Flagstar for using technology that infringed on Eon-Net's patent for "a system and method for inputting information from a document ... effectuating a paperless office." A federal district court found the claims baseless. The court pointed out that Eon-Net had brought more than 100 infringement suits, each followed with quick offer to settle -- activity typical of a patent troll [source: Chappell].

But the fact that 97 percent of infringement suits are settled before trial suggests that, given the trolls' advantages, target companies would rather pay off trolls than fight them in court [source: Raustiala]. How has this affected the landscape of innovation in the United States? Read on to the next page to find out.

Patent trolls have been busy. Infringement suits rose 70 percent from 2004 to 2009. During the same period, requests for licensing fees jumped 650 percent [source: Lutts]. Much of this activity is the result of NPEs. They were plaintiffs in 5 percent of patent litigation during the period from 2000 to 2002. By 2009, that figure had jumped to 17 percent of high-tech suits [source: Bessen].

NPE proponents claim that all this activity is a "capital market for invention," an environment in which inventors can more easily cash in on their ideas [source: Bessen]. But a September 2011 study conducted by the Boston University School of Law suggests otherwise. The findings indicate that patent trolls impose a steep cost on innovation-focused businesses and on the economy. After examining more than 4,000 patent-related events over the period from 1990 to 2010, the researchers found that companies targeted in patent suits lost a total of more than $500 billion in market value. The losses, which were corrected for stock market trends and random events, represented "a significant fraction of U.S. R&D spending" [source: Bessen].

In other words, the impact of patent trolls falls most heavily on companies that invest in exploring and creating new products and technology. The cost, this study suggests, is a kind of tax on innovation. What's more, researchers found that very little of the wealth lost by target companies was transferred to inventors. In most cases, the companies that were sued were already using the technology, which they had developed independently. The lawsuits came years after the patent application, suggesting that the patent trolls were waiting until the related product achieved success in its intended market before striking.

The Boston University researchers concluded that patent trolls, for the most part, exploit weaknesses in patent law. By attacking companies that inadvertently infringe on vague patents, they stifle rather than promote innovation.

In response to the patent troll threat, large companies have purchased their own patent portfolios. For example, Apple, Microsoft, Nokia and others paid $4.5 billion for the patents of the bankrupt company Nortel. The patents help them to fight suits and can be used to threaten other companies to ward off litigation. However, this defensive strategy does little to promote new ideas. It might even tempt these corporations to engage in troll-like behavior themselves [source: Salmon].

To curb the actions of NPEs, people like Daniel McCurdy, chief executive of Patent Freedom, a company that researches NPEs, have advocated for patent-related reforms [source: McCurdy]. These reforms include the following:

These reforms might help to slow down the NPEs and speed up innovation, but they're not on the immediate horizon. And the patent reform legislation passed by Congress in 2011 addressed few of them. For the time being, it seems patent trolls will continue to lie in wait under the bridges of technology, ready to exact their fees.

Read on for more information about patents and patent trolls.

The America Invents Act of 2011

Congress has worked for several years on a reform of patent law. The law they came up with in September 2011, called the America Invents Act, addressed some of the concerns about trolls. For example, it opened a new avenue by which poor quality patents could be challenged or blocked. And it increased funding for the Patent Office. But the reforms did not deal with such issues as "loser pays," and as a result did not seriously limit the ability of patent trolls to operate [source: Kravetz].