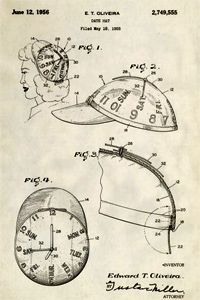 At first glance, patent law may seem dry and boring -- until you understand the stakes. Consider the lawsuit that NTP, a patent holding company, brought against Research In Motion (RIM), the maker of BlackBerry mobile devices. Intellectual property lawyers for NTP claimed that RIM was producing BlackBerry devices using a particular technology patented by NTP. In March 2006, RIM settled and paid NTP $612.5 million [source: Kelley]. Perhaps emboldened by its legal success, NTP has gone on to sue Apple, Google, Microsoft, HTC, LG and Motorola.

Now consider the challenges NTP faced to win its lawsuit against RIM. An average patent case will cost between $3 million and $10 million, and take two to three years to litigate [source: Hsieh].

You might think that patent holders who invest the time and money to protect their inventions have the upper hand in court, but that's not the case. In fact, patent holders lose against accused patent infringers about 75 percent of the time [source: Janicke]. And losing the exclusive rights to a highly innovative device or gadget can mean big bucks. Some patented products can generate hundreds of millions of dollars in revenue over their lifetimes. Remember Ron Popeil of "set it and forget it" fame? He earned nearly $1 billion in revenue from his Showtime Rotisserie BBQ [source: Perman].

Clearly, there's a lot to win and lose when it comes to developing and selling a great idea, which is why companies remain vigilant to find cases of patent infringement and why they hire high-paid, high-powered attorneys to prosecute infringers. But what exactly does it mean to infringe on a patent? Can you do it by accident, or is it always a malicious attack to steal something that doesn't belong to you? And what can inventors do to make sure they won't be financially ruined in the event of an infringement?

Those are the questions we'll tackle in this article. Up first, we cover the basics of patent infringement, starting with a refresher course on patents themselves.

What It Means to Infringe

It may seem strange, but the founding fathers set the stage for patent infringement when they included language about patents in the U.S. Constitution. Here's what Article I, Section 8 says: "Congress shall have power … to promote the progress of science and useful arts, by securing for limited times to authors and inventors the exclusive right to their respective writings and discoveries." You can read more in How Patents Work, but here's the bottom line: A patent is, in essence, a limited monopoly. It gives an inventor the sole right to make, use and sell his or her innovation for a set period of time.

The very existence of a patent, however, sets the stage for battles. What if two people come up with the same idea simultaneously? That exclusivity the Constitution promises patent holders isn't an ironclad guarantee of protection.

In fact, the onus is on inventors to make sure they file a solid, defensible application with the government agency that oversees intellectual property. In the U.S., that body is the U.S. Patent and Trademark Office (USPTO). When inventors apply for a patent, they must describe the claims of the patent very carefully and precisely. This language determines what can and can't be protected. Infringement occurs when the infringer tries to make, use, offer for sale, sell or import an invention that falls within the claims of an existing patent.

Sometimes, the infringer knowingly tries to copy an existing product or process, perhaps with a minor modification to make it seem different enough to be considered a new invention. This comes down to a question of equivalency, which the Supreme Court defines simply: "If two devices do the same work in substantially the same way, and accomplish substantially the same result, they are the same, even though they differ in name, form, or shape" [source: Blenko]. You can read more about the doctrine of equivalents in the sidebar.

At other times, one inventor, with no knowledge of similar efforts, comes up with the same idea as another inventor. This is known as independent invention, and though you might think patent law would treat such cases less harshly, that's not always the case. In fact, independent invention can't be used as a defense against patent infringement. One of the most famous examples of this is the telephone. Both Alexander Graham Bell and Elisha Gray filed paperwork to register their competing telephone technologies on the exact same day. Neither was the first to come up with the idea, however. Italian immigrant Antonio Meucci had already conceived of the telephone years earlier, but didn't have the money to file a patent with the USPTO. Ultimately, Bell got credit for the invention because he was faster out of the gates. Although disappointed by the decision, Gray went on to become a professor of dynamic electricity at Oberlin College [source: PBS].

So what happens if an inventor, or patentee, believes his or her invention has been infringed? Often, it's off to court, which is where we're headed next.

Mine's Better Than Yours

A well-known case from the world of welding illustrates the Doctrine of Equivalents [source: Blenko]. In this case, an existing patent included claims describing welding rods with a flux, or coating, containing alkaline earth metals, a series of elements containing beryllium, magnesium, calcium, strontium, barium and radium. Another manufacturer tried to introduce a new rod with a flux containing primarily manganese, which isn't an alkaline earth metal. Nevertheless, the courts decided that the accused welding rods infringed on the existing patent because manganese and magnesium were similar enough in many of their reactions that they could be considered the same, or equivalent.

Patent Infringement in the Courts

To understand the judicial process related to patent infringement concerning U.S. patents, it helps to know a bit about the U.S. court system. There are two systems in the U.S.: federal and state courts. Federal courts include the U.S. District Courts, the U.S. Courts of Appeals and the U.S. Supreme Court. They have jurisdiction over cases that arise under the U.S. Constitution, the laws of the United States and the treaties made under the authority of the United States. Because the U.S. Constitution establishes a patent system to protect inventors, the federal court system hears patent infringement cases, too.

Here's the process: As with most federal cases, those involving patent infringement begin in one of the U.S. District Courts. Patentees who bring an infringement case to one of the District Courts will present their argument to a federal judge, who will determine issues of law and make a judgment. If either the patentee or patent defendant is dissatisfied with the outcome in a U.S. District Court, either party may appeal the case to an appellate court. Most federal cases go into one of the 12 regional federal appeals courts, but patent cases go to the U.S. Court of Appeals for the Federal Circuit, which sits in Washington, D.C. If either party remains unhappy after this court's decision, he can submit a petition for writ of certiorari -- a document asking the Supreme Court to review the decision of a lower court. The Supreme Court may or may not hear the case.

All of this seems distasteful, but it can get worse. Some individuals and organizations, known as nonpracticing entities (NPEs) or patent trolls, buy patents for the sole purpose of seeking payment from companies they claim are infringing on those patents. NPEs don't invent anything themselves. They generate revenue by getting companies to either settle based on the fear of patent litigation costs or pay them royalties. It's a lucrative business because financial awards in patent cases can be substantial. They may also go after bankrupt companies just for their patents. (Remember NTP and its battles with RIM? Some might call NTP a patent troll.)

We'll talk more about the financial side of patent infringement next.

The costs may be significant to take an infringer to court, but if the patentee can prove infringement, the rewards can far outweigh the risks. Just ask Centocor, a subsidiary of Johnson & Johnson. Centocor claimed that Humira, a rheumatoid arthritis drug developed by Abbott Laboratories, infringed on an arthritis treatment it licensed from New York University. The courts agreed and, in June 2009, awarded Centocor $1.67 billion -- the largest patent infringement award in history, at the time we wrote this [source: Poltorak].

To see how and why an award can get so big, let's look at all of the financial damages that typically make up a patent infringement judgment.

Winning a patent infringement case may seem like the end of a long war, but many companies are involved with numerous cases at the same time. Apple Computers, for example, has 3,013 patents in its portfolio and faces ongoing patent infringement battles on many fronts [source: Elmer-DeWitt]. Its line of mobile technology patents alone has led to lawsuits with Nokia, EMG, Elan Microelectronics, HTC and more [source: Krill]. Because of this constant patent conflict, companies try to reduce their liability by taking out intellectual property insurance. We'll explore that topic next.

U.S. patent law only affects inventors and inventions in the United States. Other countries have their own patent laws and requirements -- there is no such thing as an "international patent." When it comes to competing claims, most countries grant the patent to the first person to file an application. This isn't the case in the United States, which gives priority to the person who can prove that he or she was the first inventor, not the first filer.

Patent infringement lawsuits can make or break a company, especially if it's smaller and going to court against a much larger rival. A classic, although tragic, example can be found in Edwin Howard Armstrong. In 1933, Armstrong invented wideband FM radio, based on his regenerative circuit technology. For the next 20 years, he struggled to patent and protect his innovation, becoming mired in costly litigation, most notably perhaps with the electronics company RCA. Armstrong lacked the resources of a company the size of RCA, and in 1954, worn down by the protracted legal struggle, he took his own life.

Patent law has changed since Armstrong's battles. One big development is the introduction of intellectual property insurance -- coverage that protects companies for copyright, trademark or patent infringement claims arising out of the their operation. A patent holder can apply this type of insurance in two ways. With a defense policy, the patent holder can receive reimbursement for legal costs and financial damages in the event he or she is sued for patent infringement. With an abatement policy, the patent holder can receive reimbursement for costs related to pursuing a case of infringement.

As you can imagine, intellectual property insurance doesn't come cheap. Depending on the industry, the premiums for a defense policy can run between $13,000 and $100,000 a year, according to a sample quote from Intellectual Property Insurance Services. Abatement policies may run between $10,000 and $72,000 a year, writes the company. The peace of mind, however, may be well worth it, especially considering a patent infringement lawsuit can cost a company millions of dollars.

Of course, some people believe that the entire patent process and legal system should be thrown out or, at least, reformed. But not having patent laws would have its own complications. Abraham Lincoln addressed this in a lecture he delivered in 1860:

Before [patent laws] any man [might] instantly use what another man had invented, so that the inventor had no special advantage from his own invention. The patent system changed this, secured to the inventor for a limited time exclusive use of his inventions, and thereby added the fuel of interest to the fire of genius in the discovery and production of new and useful things.