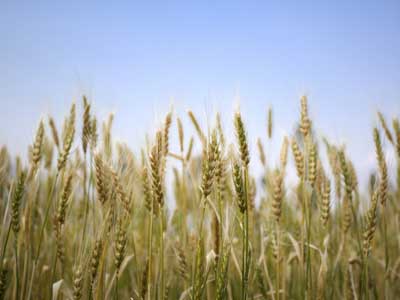 While only the heads of wheat plants contain enriching human foods, farmers usually harvest the dried stems and leaves for use as hay, which provides livestock with food and a comfortable place to sleep.
Imagemore/­Getty Images

­Farmers grow wheat as either a winter or spring crop, depending on how severe winters are in the region. In milder climates, planting takes place in the fall with harvest following between June and August, depending on the duration of winter. Where winters are a little more intense, farmers plant as soon as the soil has thawed and harvest in early fall.

Modern farmers typically use a combine harvester to collect their wheat, but the scythe, sickle and flail still see significant use in developing countries. The first task is pretty simple: cut the heads from the top of the wheat plants and then thresh them to remove the grains from the rest of the head, called chaff. The grains are divided from additional plant fragments, cleaned and taken to a mill, where any separation of bran, endosperm and germ takes place.

To separate the three elements, farmers either crush the wheat with grinding stones or pass them through automated steel cylinders. Mill operators usually add a small amount of water to the grains, as this toughens the outer bran and softens the inner endosperm, making it easier to split the two. Rollers typically flatten the wheat germ, allowing it to be sifted out from the rest of the flour. In modern mills, the type of flour produced depends on what stage operators remove it from the milling cycle.

Wheat grain contains several key nutrients. The outer bran covering contains three major B vitamins, trace minerals and dietary fiber. The endosperm, however, takes up most of the room and contains protein, carbohydrates, iron, riboflavin and thiamine. Not to be outdone, the germ (or wheat plant embryo) contains a small portion of B vitamins and trace minerals as well.

­While early humans consumed these grains raw, they eventually began using tools to pound the grain and then adding water to the crushed kernels to form a wholesome gruel. The uses and properties of wheat foods vary depending on what combination of bran, endosperm and germ harvesters use. Take white bread and bleached white flour, for instance. In these products, both the bran and the endosperm have been removed to ensure smoother texture and longevity. The germ contains fat, which can turn rancid in flour if not properly stored. But wheat germ still contains a number of key nutrients, including protein, and is used separately in many products.

Whole wheat products contain all three parts of the wheat grain, offering the largest array of nutrients. When separated from the rest of the grain, bran also goes it alone for use in animal feed and foods such as bran muffins and breakfast cereals.

­Before you grab a bowl of cereal or a bottle of wheat beer, explore the links below to learn even more about agriculture.

If kaiser rolls bore the kraut out of you, maybe you should give another Germanic wheat product a try. German brewmasters first produced Weissbier, or wheat beer, in the Middle Ages and, along with brewers in Belgium and the United States, they're still going strong today. Don't care for the taste? Well, you can always follow the old tradition of throwing in a lemon or orange wedge to cancel out that yeasty flavor. 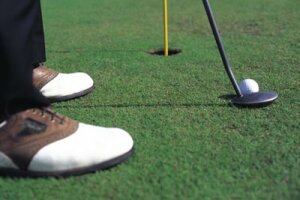 Can grass seed grow on a lava rock as well as it can grow on soil?