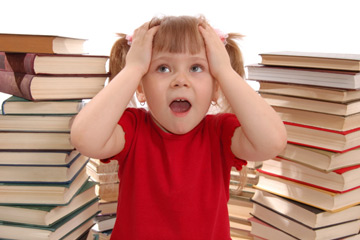 Is genius a product of genetics or the result of an encouraging environment?
©iStockphoto/Thinkstock

When a scientist makes a remarkable discovery, he or she is the one who becomes eligible for prestigious awards. When a musician delivers a blazing guitar solo, it's that performer who hears the applause and signs the CDs backstage. And when a basketball superstar makes a 3-pointer, you can be sure that the multimillion-dollar paychecks go into that person's bank account. Why? Why don't these people's parents get the fame, glory and compensation? After all, they provided the DNA that allowed for such incredible success.

The debate on nature and nurture has a long history. Are people born with certain genetic gifts or curses? When a baby is born, is his or her entire life already written? The baby could have genes that are markers for intelligence, psychopathy and cancer, allowing doctors to foretell a few years of success in school, followed by a few years in jail for some violent crimes, capped off with a death from cancer. Or does nurture win out? Could the baby be born with all of those genes and manage to avoid such a gloomy fate, provided he or she lives in a loving home that models healthy relationships and behaviors?

There are people who argue passionately for both sides. Some researchers spend their entire lives hunting for the genes that cause disease, intelligence or musical ability, but there are just as many who argue that we're blank slates when we're born -- full of various genes, perhaps, but with nothing set in stone. And in an era of political correctness, it's very difficult to make an argument that men are innately more intelligent than women, that Caucasians will be more successful than African-Americans, and so on. Still, studies of identical twins -- who share the same genes -- often show us just how similar genetically matched people turn out to be.

Though members of Team Nature and Team Nurture will cringe at this, it seems unlikely that there will ever be a real winner in this debate. Nowadays, many scholars take a middle of the road approach, claiming that neither nature nor nurture is stronger. Rather, genes and the environment have an interactive relationship, in that a person's environment largely affects how a gene will express itself. From exposure to pollution to parental income levels, there are things that affect people that genes just can't overcome. For example, if a person carried a gene that triggered obesity but had parents who stressed healthy eating habits, then it's not a foregone conclusion that he or she will end up obese. On the other hand, if the person has friends who eat lunches full of cookies and cupcakes, then it's possible the outcome would be reversed.

So those high achievers we mentioned at the beginning of this article -- the scientist, the musician, the sports star -- aren't completely indebted to the fortunate coupling of two people with good DNA. Rather, their success is likely due to a healthy mix of DNA, parental support, hours of practice, the good luck of finding a job in their chosen field and countless other factors.