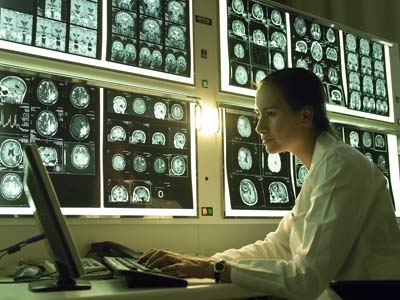 When you compare the brain's detectives, neuroscientists, to other detectives, the neuroscientists seem to fall short in solving mysteries. After all, Agatha Christie's Hercule Poirot and Miss Marple needed only about 250 pages each to get to the bottom of their cases. Ditto for Nancy Drew. On television, Jessica Fletcher and Kojak were all able to find their answers in an hour or less, while Veronica Mars needed only about the length of a television season. Even the pride of South Florida, Encyclopedia Brown, was able to solve his cases with little more than a casebook, his trusty sneakers and a wide variety of miscellaneous factoids. If Encyclopedia Brown only required 25 cents per day (plus expenses) to solve his cases, then what's taking neuroscientists so long to unravel the mysteries of the brain?

OK, so the brain is a bit more complex than Encyclopedia Brown's nemesis, Bugs Meany. But with the brain only weighing in at 3 pounds (1.4 kg), you could be forgiven for wondering if neuroscientists are just big slackers. As it is, mysteries galore abound in those 3 pounds, and until fairly recently, scientists lacked the equipment to accurately study the brain. With the advent of brain imaging technology, it's possible that they'll continue to learn more.

T­he workings of the brain, however, determine such fundamental questions about personhood that we may never know everything about what's going on. That doesn't mean we can't speculate, though. While we may not be able to solve these capers with clues that point to Colonel Mustard in the library with a revolver, we can dive into the current thinking on some of the brain's famous unsolved mysteries. Get your casebook ready and go to the next page for our first puzzler.