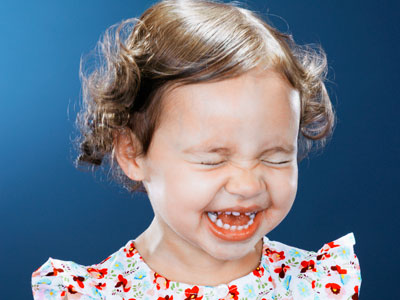 Since at least 3500 B.C., people have been looking for ways to reverse aging and prolong life. From Ponce de Leon and the Fountain of Youth to Indiana Jones and the Holy Grail, each generation has eagerly sought out the path to immortality. While humanity continues its fruitless search for an anti-aging panacea, sensible doctors admonish patients to quit smoking, exercise regularly and follow a low fat diet. But who really wants to live forever if you can't have any fun doing it?

Yet, imagine those same doctors sending you out the door with a stack of Monty Python DVDs and knock-knock jokes instead of an Rx for a daily jog and a diet of brussels sprouts.

Based on mounting research, such a premise isn't too far off. Happiness, loosely defined as satisfaction and appreciation for one's life, appears to be the psychological equivalent of Vitamin C. In ways that aren't yet completely understood, a positive outlook on life helps to protect against the negative effects of stress, safeguarding people from becoming sick.

Not only are happy people less likely to send out surges of stress hormones like cortisol that contribute to heart disease, but they're also more likely to follow good self-care and have better social networks -- both reliable indicators of good physical health. Chronic unhappiness, on the other hand, leads to increased blood pressure and decreased immunity. Unhappy people lacking emotional support also don't tend to take very good care of themselves.

All of this means that a Pollyanna personality not only makes life more enjoyable, it could also extend that life by a significant number of years. Find out just how many on the next page.

Perhaps one of the most convincing studies linking happiness to longevity is based on -- of all people -- a group of nuns. This particular study involved having each nun write an autobiographical sketch upon their acceptance into the convent. Six decades later, the contents of those sketches proved to be surprisingly strong indicators of whether the author was still alive and how healthy they were.

What makes this particular study so convincing is that by following a group of people with nearly identical life histories, it eliminated practically all of the possible confounding variables such as diet or socioeconomic background. Yet despite their similar habits, some of the nuns experienced long, illness free lives, while others succumbed to death at an early age. It turns out that those nuns who had expressed the most positive emotions in their journal entries were the same ones who were still around. A full 90 percent of the most cheerful quarter of nuns were still alive at age 85, while only 34 percent of the least cheerful quarter were [source: Seligman]. The happiest nuns lived a full 10 years longer [source: Veenhoven].

When combined with other indicators of longevity, happiness can have an even more pronounced effect. In a test of 50 variables thought to have an effect on a person's lifespan, satisfaction ranked as one of the strongest predictors, right up there with expected indicators like genetics, intelligence, socioeconomic status, tobacco use and overall health. Coupled with one or more of these other factors, the tests indicated that happiness adds a total of 16 years to the life of a man and 23 years to the life of a woman [source: Palmore].

The mechanism for happiness's impressive effects on health can perhaps partly be explained by research showing that people with positive emotions tend to have higher levels of Immunoglobin A, a key immune system protein and one of the body's primary defenses against respiratory illness [source: Barrett].

Even short-term gaiety may boost your body's defenses. In a Tufts University study, researchers separated subjects into two groups of people: one group watched comedic films while the other suffered through stressful ones. The group who spent their time laughing saw their circulation improve as though they'd been exercising while the other group experienced reduced flow. In addition, when subjected to stressful events afterwards -- sending stress hormones skyrocketing -- the people who spent their time laughing recovered much more quickly, their heart rates fast returning to normal [source: Tufts University].

So pop in one or two of those DVDs the doctor gave you: That 5 mile (8 kilometer) run can wait until tomorrow.

Can you catch a sneeze like you can a yawn?
Is There a Link Between Gratitude and Happiness?
Quick, Are You Charismatic?