What Pushes Your Buttons? Anger Triggers 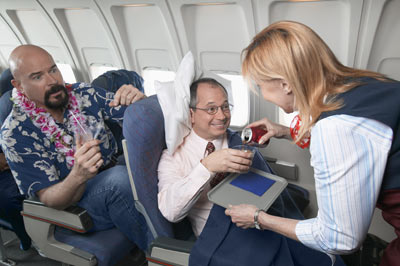 Feeling ignored, or feeling that we're not getting the same as everyone else, can lead to anger.
Digital Vision/Getty Images

You can probably think of lots of things that make you angry. A sports referee who doesn't call fouls on the opposing team. A friend who forgot your lunch date. A child's bedroom that is never cleaned. The driver who cut you off this morning. The price of gas. Telemarketers, politicians, cell phones.

The list could go on and on, but what all these things boil down to is two things: violation of expectation and blockage of goals [source: Carpenter]. We expect to be treated fairly and get angry when we're yelled at for no reason. If your goal is to get a refreshing drink but the soda machine is empty, that could cause some anger. If others don't adhere to your social or personal norms, you'll get angry. To take a silly example of this, let's say that you don't think people should wear socks with sandals. When this aberration walks through your door, it violates your expectations of taste.

Anger triggers differ for everyone. They vary by age, gender, even culture. One study evaluated anger in babies of different ethnicities. Chinese babies were generally found to be calm in any position they were placed. In one experiment in which a cloth was briefly pressed against the baby's face, American babies tended to get fussy and push the cloth away, while Chinese babies usually put up with the cloth, not letting it anger them [source: Tavris].

While this study is interesting, it doesn't mean that anger is hardwired into a particular culture. It doesn't even mean that a baby will grow up angry; studies have shown that even a 1-year-old with a penchant for throwing temper tantrums can be a perfectly mild-mannered 5-year-old [source: Tavris]. Each of these babies, though, will learn the triggers that are acceptable for that culture, and the way that the culture deals with them.

Anger in women is more likely triggered by their close relationships; they feel let down by family members and friends, or they feel that these people expect too much of them without anything in return [source: Thomas]. A man is more likely to be angered by strangers, objects that aren't working correctly and larger societal issues that prompt concerns about right and wrong [source: Thomas]. Men's anger is a little more abstract, while women's anger appears to be intermingled with the hurt they feel with those closest to them. Children's anger tends to be about goal blockages and objects; if you've ever seen a child separated from toys, this likely makes sense [source: Carpenter].

But these triggers by themselves aren't enough to get us angry. There's a mental component in which we evaluate whether anger is a justifiable response against this person or object. In a split second, we take in who's to blame, how harmful the trigger is, whether the action was avoidable and whether anger will even be useful in this situation [source: Linden et al.].

We also evaluate the intent of the person behind the trigger, based on the information we have. In rush hour, we may get angry at the driver who cuts us off because it violates the rules of the road. But what if you knew that the driver was trying to make it to the hospital for the birth of his first child? Would your response be different? These are the assessments we're weighing. In less than a second, our brains determine if this trigger justifies our anger.

So our brains are getting busy evaluating these triggers. What else is happening in the body?

On the next page, we'll look at the physical effects of anger.