by Shanna Freeman
Prev NEXT
9

Listening to Mozart Makes You Smarter 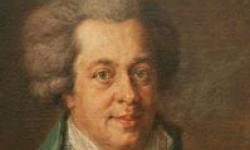 Can listening to music by this famed composer make you smarter?
Sean Gallup/Getty Images

Don't you just feel cultured when you tune in to a classical music station and take in an opera or a symphony by a great composer like Mozart? Baby Einstein, a company that makes DVDs, videos and other products for babies and toddlers incorporating classical art, music, and poetry, is a million-dollar franchise. Parents buy the products because they believe that exposure to great art (like Baby Mozart DVDs and CDs) can be good for their children's cognitive development. There are even classical music CDs designed to be played to developing fetuses. The idea that listening to classical music can increase your brainpower has become so popular that it's been dubbed "the Mozart effect." So how did this myth start?

In the 1950s, an ear, nose and throat doctor named Albert Tomatis began the trend, claiming success using Mozart's music to help people with speech and auditory disorders. In the 1990s, 36 students in a study at the University of California at Irvine listened to 10 minutes of a Mozart sonata before taking an IQ test. According to Dr. Gordon Shaw, the psychologist in charge of the study, the students' IQ scores went up by about 8 points. The "Mozart effect" was born.

A musician named Dan Campbell trademarked the phrase and created a line of books and CDs based on the concept, and states such as Georgia, Florida and Tennessee set aside money for classical music for babies and other young children. Campbell and others have gone on to assert that listening to Mozart can even improve your health.

However, the original University of California at Irvine study has been controversial in the scientific community. Dr. Frances Rauscher, a researcher involved in the study, stated that they never claimed it actually made anyone smarter; it just increased performance on certain spatial-temporal tasks. Other scientists have been unable to replicate the original results, and there is currently no scientific information to prove that listening to Mozart, or any other classical music, actually makes anyone smarter. Rauscher even said that the money spent by those states might be better spent on musical programs -- there's some evidence to show that learning an instrument improves concentration, self-confidence and coordination.

Mozart certainly can't hurt you, and you might even enjoy it if you give it a try, but you won't get any smarter.