by Shanna Freeman
Prev NEXT
7

You Can Learn Through Subliminal Messages 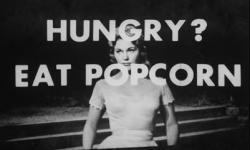 The concept of subliminal messages feeds into our suspicions about what the government, big corporations and media are really trying to tell us. A subliminal message (meaning, below "limen," or our conscious perception threshold) is a message embedded into images or sound meant to penetrate into our subconscious and influence our behavior. The first person to coin the term was James Vicary, a market researcher. In 1957, Vicary stated that he inserted messages into a showing of a movie in New Jersey. The messages, which flashed for 1/3000th of a second, told moviegoers to drink Coca-Cola and eat popcorn.

According to Vicary, Coke sales in the theater increased by more than 18 percent and popcorn sales by more than 57 percent, proving that his subliminal messages worked. Books published in the late 1950s and early 1970s outlined how advertisers could use techniques like Vicary's to convince consumers to buy their products. Some radio and TV commercials included subliminal messages, but many networks and professional associations banned them. In 1974, the FCC banned the use of subliminal advertising.

But did the messages work? Turns out, Vicary actually lied about the results of his study. Subsequent studies, including one which flashed the message "Call now" during a broadcast on a Canadian TV station, had no effect on viewers. The infamous 1990s Judas Priest trial, in which the families of two boys who committed suicide claimed that a song told the boys to do it, ended with the judge stating that there was no scientific evidence in their favor. Yet some people still claim that music, as well as advertisements, contains hidden messages.

So listening to those self-help tapes while you sleep probably can't hurt you, but they aren't likely to help you quit smoking, either.

When it comes to the human brain versus other animals' brains, does size matter? Check out our next myth to find out.