by Shanna Freeman
Prev NEXT
6

The Human Brain Is the Biggest Brain 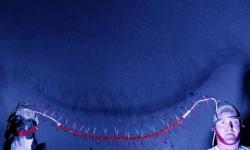 We know that dogs aren’t as smart as humans, but are humans only smarter because their brains are bigger?
Mario Lalich/Stone/Getty Images

Many animals can use their brains to do some of the things that humans can do, such as finding creative ways to solve problems, exhibiting self-awareness, showing empathy toward others and learning how to use tools. But although scientists can't agree on a single definition of what makes a person intelligent, they do generally agree that humans are the most intelligent creatures on Earth. In our "bigger is better" society, then, it might stand to reason that humans should have the biggest brains of all animals, because we're the smartest. Well, not exactly.

You may notice something important in all of those comparisons. An average dolphin's body weighs about 350 pounds (158.8 kilograms), while a sperm whale can weigh as much as 13 tons. In general, the larger the animal, the larger the skull, and therefore, the larger the brain. Beagles are fairly small dogs, at about 25 pounds (11.3 kg) maximum, so it stands to reason that their brains would also be smaller. The relationship between brain size and intelligence isn't really about the actual weight of the brain; it's about the ratio of brain weight to the entire body weight. For humans, that ratio is about 1-to-50. For most other mammals, it's 1-to-180, and for birds, it's 1-to-220. The brain takes up more weight in a human than it does in other animals.

Intelligence also has to do with the different components of the brain. Mammals have very large cerebral cortexes, unlike birds, fish or reptiles. The cerebellum in mammals houses the cerebral hemispheres, which are responsible for higher functions like memory, communication and thinking. Humans have the largest cerebral cortex of all mammals, relative to the size of their brains.

Heads up; we're looking at a grislier brain myth next.