by Shanna Freeman
Prev NEXT
4 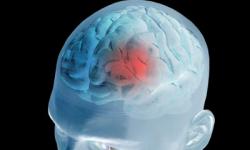 Brain damage is an extremely scary thing. For something so mysterious and amazing, the brain can actually be quite fragile and susceptible to a multitude of injuries. Brain damage can be caused by anything from an infection to a car accident, and it essentially means the death of brain cells. To many people, the mere idea of brain damage conjures images of people in persistent vegetative states, or at the very least, permanent physical or mental disability.

But that's not always the case. There are many different types of brain damage, and exactly how it will affect someone depends largely on its location and how severe it is. A mild brain injury, such as a concussion, usually occurs when the brain bounces around inside the skull, resulting in bleeding and tearing. The brain can recover from minor injuries remarkably well; the vast majority of people who experience a mild brain injury don't experience permanent disability.

On the other end of the spectrum, a severe brain injury means that the brain has suffered extensive damage. It sometimes requires surgery to remove built-up blood or relieve pressure. For nearly all patients who live through a severe brain injury, permanent, irreversible damage results.

So what about those in between? Some people with brain damage experience permanent disability but can recover partially from their injury. If neurons are damaged or lost, they can't grow back -- but the synapses, or connections between neurons, can. Essentially, the brain creates new pathways between neurons. In addition, areas of the brain not originally associated with some functions can take over and allow the patient to relearn how to do things. Remember the phenomenon of brain plasticity mentioned in the myth about brain wrinkles? That's how stroke patients, for example, can regain speech and motor skills through therapy.

The important thing to remember is that there are still a lot of unknowns about the brain. When a person is diagnosed with a brain injury, it's not always possible for doctors to know exactly how well someone will be able to recover from the damage. Patients surprise doctors all the time and exceed expectations of what they're able to do days, months and even years later. Not all brain damage is permanent.

Speaking of brain damage, in the next myth, we'll look at the effects that drugs can have on our brains.