by Shanna Freeman
Prev NEXT
3

You Can Get Holes in Your Brain Through Drug Use 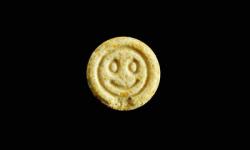 Not so smiley, Ecstasy -- you might not cause holes in the brain, but that doesn't mean you're good for it.
Michael Lorenzini/Photographer's Choice/Getty Images

Exactly how different drugs affect your brain is a pretty controversial subject. Some people claim that only the most severe drug use can have any lasting effects, while others believe that the first time you use a drug, you're causing long-term damage. One recent study states that using drugs like marijuana only cause minor memory loss, while another claims that heavy marijuana use can permanently shrink parts of your brain. When it comes to using drugs like cocaine or Ecstasy, some people even believe that you can actually get holes in your brain.

In truth, the only thing that can actually put a hole in your brain is physical trauma to it. Researchers do claim that drugs can cause short-term and long-term changes in the brain. For example, drug use can lower the impact of neurotransmitters (chemicals used to communicate signals in the brain) like dopamine, which is why addicts need more and more of the drug to achieve the same feeling. In addition, changes in the levels of neurotransmitters can result in problems with neuron function. Whether this is reversible or not is also up for debate.

On the other hand, a study in New Scientist from August 2008 states that long-term use of some drugs actually causes certain structures in the brain to grow, resulting in a permanent change. They claim that this is which is why it's so difficult to change the behaviors of addicts.

But although the jury's still out on exactly how different drugs can affect your brain for the long term, we can be reasonably sure of one thing: No drug actually puts holes in your brain.

Next up, let's see exactly what alcohol does to your brain.