by Shanna Freeman
Prev NEXT
2 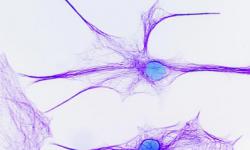 You don't want to damage the dendrites.
Purestock/Getty Images

Just one observation of a drunken person is enough to convince you that alcohol directly affects the brain. People who drink enough to get drunk often end up with slurred speech and impaired motor skills and judgment, among other side effects. Many of them suffer from headaches, nausea and other unpleasant side effects afterward -- in other words, a hangover. But are a few drinks on the weekend, or even the occasional long drinking session, enough to kill brain cells? What about binge drinking or the frequent, sustained drinking of alcoholics?

Not so much. Even in alcoholics, alcohol use doesn't actually result in the death of brain cells. It can, however, damage the ends of neurons, which are called dendrites. This results in problems conveying messages between the neurons. The cell itself isn't damaged, but the way that it communicates with others is altered. According to researchers such as Roberta J. Pentney, professor of anatomy and cell biology at the University at Buffalo, this damage is mostly reversible.

Alcoholics can develop a neurological disorder called Wernicke-Korsakoff syndrome, which can result in a loss of neurons in some parts of the brain. This syndrome also causes memory problems, confusion, paralysis of the eyes, lack of muscle coordination and amnesia. It can lead to death. However, the disorder isn't caused by the alcohol itself. It's the result of a deficiency of thiamine, an essential B vitamin. Not only are severe alcoholics often malnourished, extreme alcohol consumption can interfere with the body's absorption of thiamine.

So while alcohol doesn't actually kill brain cells, it can still damage your brain if you drink in mass quantities.

­How much of your brain did you use while reading this top 10 list? The next myth will explain all.