Why do we make bad choices? 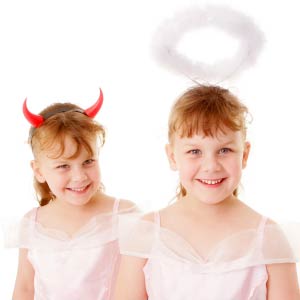 When faced with a decision in life -- big or small -- we try to make the best choice. But sometimes, despite our good intentions, we make bad choices.

If everything is as it should be, our decision-making process goes like this: We determine what we want to achieve, and then the value of achieving it. Next, we look at our options and decide which one will suit us best.

So what goes wrong?

The stress of making the decision can be what sets us up for failure. Humans are highly motivated to avoid making choices they regret. This hard-wired fear of doing the wrong thing can lead to stress so great it affects your decision making -- to the point where you make a choice you wish you hadn't.

When we make decisions we regret, it influences our future brain activity, especially in the medial orbitofrontal region, the anterior cingulate cortex and the hippocampus, the areas responsible for emotions and emotion-related memories in the brain. High-stakes decisions increase the activity in these regions, ramping up emotional stress and clouding our attempts at clear-headed thinking. Take this example: It's easier to play a high-stakes game of poker if you pretend you're gambling for matchsticks instead of recognizing that the chips on the table represent a million dollars. The lower stakes don't alarm the brain quite so much, and the poker player is able to focus and make better decisions.

Your brain doesn't forget the bad choices you've made in the past, either (say, playing the hand that lost you the game). It keeps emotional memories from these experiences and uses them as the background for future decisions. But these memories can lead to flaws in judgment. For instance, studies suggest that the end of an experience has more influence on our memories than the overall experience. When asked which experiment they'd like to repeat, study subjects chose a long, unpleasant experience with a more pleasant ending than a shorter unpleasant experience that didn't have an uptick at the end.

People often have a weakness for the immediate gratification of a pleasant experience, even if it makes for a very poor decision. Gratification over the long term simply doesn't deliver the same instant, feel-good endorphin hit.

It's also common to put more stock in the choices of someone you know than in the average outcome of the same choice. As an example, you know that the overwhelming majority of people who play the lottery are throwing money away, but if your friend hit a jackpot, you'd probably be more likely to play even though the odds are still astronomically against you.

Bad information leads to bad choices, too. Before you compare the options available, you must make another decision: where to seek the information you desire. A wrong choice here will lead to a bad choice when it comes time to make the decision before you. And if you're confronted with too many options and too many choices, your brain overheats, and you lose the ability to sift and analyze only the information that's helpful.

Is it possible to fight your own worst instincts? Only if you can spot these flaws in your decision making process. But first, you'd have to make the good decision to look for them. 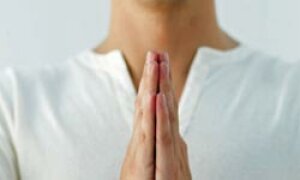