by Sean Russell
NEXT PAGE 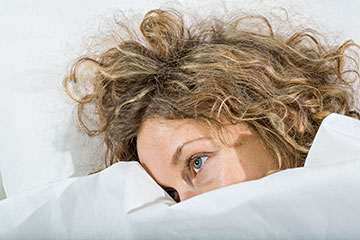 If you have exploding head syndrome you'll hear sudden sounds that seem to originate from inside your head. There are conflicting explanations for the syndrome.
Vladimir Godnik/Getty Images

Just after curling up into bed, turning off the lights, and settling in for a night of sleep, you hear a massive explosion. An explosion so loud it startles you from your impending sleep, sending a wave of shock all through your body. But you open your eyes, and other than your pounding heart, there's nothing there making a sound. No guns, fireworks or bombs anywhere to be seen. What could it have been?

This type of nighttime hallucination is a sleep disorder called exploding head syndrome. Don't get too far thinking about the iconic scene from the movie "Scanners" where a man's head bursts into a mess of blood and brains. This disorder is, thankfully, much milder than that. Rather than the gruesome picture the name paints, it's actually just a relatively harmless type of parasomnia (a disorder characterized by abnormal behavior of the nervous system during sleep). Those afflicted with exploding head syndrome will hear sudden (imaginary) sounds that seem to originate from inside the head. These loud and explosive noises have been reported as sounding like cymbals crashing, bombs exploding, gunshots and so on. There's no pain associated with the disorder, but as you might imagine, the person wakes up very scared and confused.

Episodes of this disorder can go on for many nights in a row, sometimes many times in a single night. Or they can come and go, then stop altogether for some unknown reason [sources: Mitchell, Tanchanco]. And that's not the only unknown about this condition. Strange as it may seem, it is pretty harmless, so not much research has been conducted on the causes and treatments for the syndrome.