A Neuroscientist and a Comedian Walk Into a Bar: Humor in the Brain 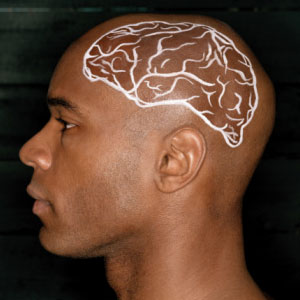 Where does humor reside in the brain? All over.
The Image Bank/Getty Images

Humans are a pretty laugh-happy group. A professor at the University of Western Ontario calculated that the average person chuckles, guffaws or snickers 17.5 times per day [source: Gottleib]. How does that laughter happen? What buttons does a comment or comedic situation need to push in order to coax a cackle? Thanks to functional magnetic resonance imaging (fMRI) technology, neurologists have a pretty good idea of how the brain finds something funny.

A team of scientists at Dartmouth hooked study participants up to an fMRI machine and watched what lit up during episodes of "Seinfeld" and "The Simpsons". Although the people might not have laughed out loud at Kramer's antics or Bart's sassy responses, the fMRI provide a sneak peek into how we process comedic material. In that experiment, the researchers detected a two-part detection and appreciation process. Joke detection occurred in the left inferior frontal and posterior temporal cortices on the left side of the brain [source: Krakovsky]. The left side of the brain helps us sort through novel or unexpected information and cross-reference it to information already stored in our memories. Going back to the incongruity theory mentioned earlier, this brain function helps us make sense of situational contrasts and their unexpected resolutions -- i.e., the jokes. Once our brains process the content of the joke, the appreciation happens in the insular cortex and amygdala, which help regulate our emotions [source: Krakovsky].

After this mental workout, our brains offer a reward for enjoying a punch line. If something tickles our funny bones, our brains deliver shots of pleasure-inducing dopamine, via the amygdala [source: WebMD]. That dopamine link also explains why it's hard to laugh at anything when we're down in the dumps. When the mesolimbic reward system turns off the dopamine valve, our moods and senses of humor tend to diminish in suit. But when we do crack up, neurons called spindle cells further assist in the funny-making monkey business by transmitting the delighted emotion across the brain [source: Lehrer].

Given these neurological patterns, finding that secret algorithm for funny might seem like a no-brainer. Figure out what elements -- two guys walking into a bar, a chicken crossing a road, a knock-knocking at a door -- delight these brain regions and create comedy gold from there. But one interesting finding in the neurology of humor indicates why the scientific formula for funny probably doesn't exist.

A 2004 study from Washington University School of Medicine compared the brain's humor pathways among male and female participants. The fMRI scans revealed that both sexes exhibited similar action in the temporal lobes as their brains sorted through semantic knowledge and processed the language to find the funny [source: Azim et al]. However, female brains spend more time picking apart the verbiage and derived a more potent mesolimbic -- a.k.a. reward -- response when they hit the punch line. That small-scale study hinted that men and women possess distinct, gender-related funny meters. While women might not laugh at a joke as quickly as men, they'll laugh harder when they're genuinely amused [source: Azim et al].