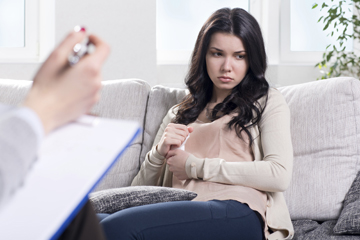 Why would an antidepressant make you feel more depressed?
iStock/Thinkstock

Shawn McGrath didn't make it to the big time.

An up-and-coming professional wrestler, McGrath -- known as "Badseed Shawn Osborne" -- spent years trying to secure a spot with World Wrestling Entertainment. In 2006, after penning his signature on a development contract with the company, his dream seemed within reach.

But despite a few promising matches, McGrath was released from his contract in 2008. He fizzled out of the spotlight and on Jan. 26, 2011, at age 34, killed himself. McGrath's suicide note insisted the only drug in his system was Zoloft, a medication prescribed for depression and anxiety [source: Clark].

Was it McGrath's disappointment over his career, a frayed safety net of family and friends, or an antidepressant that hadn't taken hold in time that was to blame for his suicide? For those seeking answers on the efficacy – and timeliness -- of one of the U.S.'s most popular antidepressants, McGrath's death raised important questions.

Just how long does Zoloft take to work? And, in the interim between first dose and full power, can it actually make symptoms worse?

Symptoms such as excessive sleepiness, lack of energy or dull appetite may improve within the first two weeks of taking Zoloft. Other critical symptoms however, such as depressed mood, make take eight weeks before showing a marked turnaround [source: National Alliance on Mental Illness].

And therein lies the concern.

In 2004, the U.S. Food and Drug Administration issued a public warning about the increased risk of suicide for children and teens taking selective serotonin reuptake inhibitor (SSRI) antidepressants. In 2006, the warning was extended to users up to age 25. And in 2007, the FDA asked all antidepressant manufacturers to update the medication's warning label, warning consumers -- particularly young adults aged 18 to 24 -- about the increased risks in suicidal thinking and behavior during the first one to two months of use.

Although there are differing opinions as to why the risk increases, one prevailing theory is that taking an SSRI initially causes the body's naturally occurring serotonin levels to drop -- even as they are being replaced by an antidepressant pill. This occurs when the brain's autoreceptors sense higher levels of serotonin and signal the brain to make even less of the chemical. After a few weeks, these receptors are joined by new receptors built to handle the increase in serotonin, and the body begins to allow more serotonin to enter the bloodstream.

Nevertheless, a study published in the April 18, 2007, Journal of the American Medical Association reported the benefits of antidepressants outweighed the risks to children and teens with serious depression and anxiety. The study was based on a review of pediatric trials between 1988 and 2006 [sources: FDA, National Institute of Mental Health].