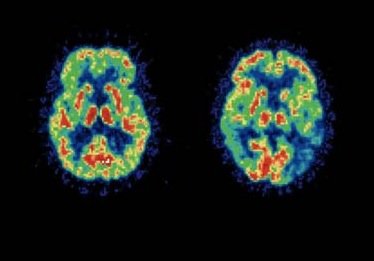 The typical brain has about 100 trillion synapses, which are the points where nerve cells in the human brain connect with other cells.
Publications International, Ltd.

Encoding is the first step in creating a memory. It's a biological phenomenon, rooted in the senses, that begins with perception. Consider, for example, the memory of the first person you ever fell in love with. When you met that person, your visual system likely registered physical features, such as the color of their eyes and hair. Your auditory system may have picked up the sound of their laugh. You probably noticed the scent of their perfume or cologne. You may even have felt the touch of their hand. Each of these separate sensations traveled to the part of your brain called the hippocampus, which integrated these perceptions as they were occurring into one single experience -- your experience of that specific person.

Experts believe that the hippocampus, along with another part of the brain called the frontal cortex, is responsible for analyzing these various sensory inputs and deciding if they're worth remembering. If they are, they may become part of your long-term memory. As indicated earlier, these various bits of information are then stored in different parts of the brain. How these bits and pieces are later identified and retrieved to form a cohesive memory, however, is not yet known.

Although a memory begins with perception, it is encoded and stored using the language of electricity and chemicals. Here's how it works: Nerve cells connect with other cells at a point called a synapse. All the action in your brain occurs at these synapses, where electrical pulses carrying messages leap across gaps between cells.

The electrical firing of a pulse across the gap triggers the release of chemical messengers called neurotransmitters. These neurotransmitters diffuse across the spaces between cells, attaching themselves to neighboring cells. Each brain cell can form thousands of links like this, giving a typical brain about 100 trillion synapses. The parts of the brain cells that receive these electric impulses are called dendrites, feathery tips of brain cells that reach out to neighboring brain cells.

The connections between brain cells aren't set in concrete -- they change all the time. Brain cells work together in a network, organizing themselves into groups that specialize in different kinds of information processing. As one brain cell sends signals to another, the synapse between the two gets stronger. The more signals sent between them, the stronger the connection grows. Thus, with each new experience, your brain slightly rewires its physical structure. In fact, how you use your brain helps determine how your brain is organized. It is this flexibility, which scientists call plasticity, that can help your brain rewire itself if it is ever damaged.

As you learn and experience the world and changes occur at the synapses and dendrites, more connections in your brain are created. The brain organizes and reorganizes itself in response to your experiences, forming memories triggered by the effects of outside input prompted by experience, education, or training.

These changes are reinforced with use, so that as you learn and practice new information, intricate circuits of knowledge and memory are built in the brain. If you play a piece of music over and over, for example, the repeated firing of certain cells in a certain order in your brain makes it easier to repeat this firing later on. The result: You get better at playing the music. You can play it faster, with fewer mistakes. Practice it long enough and you will play it perfectly. Yet if you stop practicing for several weeks and then try to play the piece, you may notice that the result is no longer perfect. Your brain has already begun to forget what you once knew so well.

To properly encode a memory, you must first be paying attention. Since you cannot pay attention to everything all the time, most of what you encounter every day is simply filtered out, and only a few stimuli pass into your conscious awareness. If you remembered every single thing that you noticed, your memory would be full before you even left the house in the morning. What scientists aren't sure about is whether stimuli are screened out during the sensory input stage or only after the brain processes its significance. What we do know is that how you pay attention to information may be the most important factor in how much of it you actually remember.

The next page provides details on how information is stored in short-term and long-term memory.