The Way of the Ice Pick 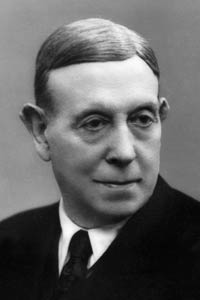 The lobotomy is a type of neurosurgery, or surgery performed on the brain, known as psychosurgery. The idea behind psychosurgery is that severe forms of mental illness can be treated by changing the way that the brain works. Doctors believed that by severing the connections that the frontal lobes, or prefrontal cortex, had to the rest of the brain, they could calm patients' emotions and stabilize their personalities without doing away with their intelligence and motor functions.

The prefrontal cortex serves a number of complex functions in the brain, usually called executive functions. (Higher-level decision making and planning, reasoning and understanding, personality expression, creativity and behaving in a socially acceptable way all fit under this category.) The prefrontal cortex is connected to many other regions of the brain, including the thalamus, which receives and relays sensory signals.

The brain is essentially composed of two different types of matter: gray and white. Gray matter includes the neurons, or brain cells, along with their blood vessels and extensions. White matter comprises the axons, or nerve fibers, that connect the areas of gray matter and carry messages between them through electrical impulses. So a lobotomy was intended to sever the white matter between different areas of gray matter. (Another name for lobotomy, leucotomy, means "slice/cut white" in Greek.)

The first lobotomies were performed in 1935 by Portuguese neurologists Dr. Antonio Egas Moniz and Dr. Almeida Lima. Initially, they drilled holes in the skull on either side of the prefrontal cortex and injected the connecting fibers with alcohol to destroy them. However, this procedure resulted in too many complications, including damage to other parts of the brain. Moniz then decided to use a tool called a leucotome. After drilling holes in the skull, the doctor pressed on the back of the tool, which extended a wire or metal loop inside. By extending and then retracting the leucotome, he could remove cores of white matter.

In 1936, a neurologist and psychiatrist named Dr. Walter Freeman and his partner, Dr. James Watts, began performing lobotomies in the United States. Ten years later, Freeman perfected a new method. Moniz's technique, called a prefrontal lobotomy, required a patient to go under general anesthesia in an operating room. Freeman wanted to find a technique that was faster, more accessible and less expensive, so he decided to get to the prefrontal cortex through the eye sockets instead.

Freeman first practiced on cadavers using an ice pick, which is how his method came to be known as the "ice pick lobotomy." When he began performing the transorbital lobotomy on patients, he used a stronger version of a leucotome that resembled an ice pick, called an orbitoclast. After going through the top of the eye socket, Freeman could enter the brain just by tapping lightly on the orbitoclast with a hammer to break through the thin layer of bone. Then he twirled it to cut through the fibers. After pulling out the orbitoclast, the procedure was repeated on the other side. The transorbital lobotomy took 10 minutes or less.

Because it didn't require drilling through the skull, it could be done by rendering the patient unconscious via electroconvulsive shock. It could also be done by nonsurgeons. Since most mental hospitals didn't have operating rooms or surgeons on staff, this new method made it easier for a patient to get the procedure. Eventually Freeman performed lobotomies as outpatient procedures in his office, in addition to doing them in mental hospitals and teaching other doctors how to do them.

So how well did lobotomies work? It all depends on who you ask. Next, we'll look at the different outcomes of patients who had lobotomies over the years.