Astrophysicist, cosmologist, lecturer, media star, author, parent, grandparent -- Stephen Hawking wore many hats in life. But there's even more to one of the world's most famous cheerleaders of science.

Maybe you've heard of his theories on black hole radiation and the origins of the universe, or perhaps you're a fan of his dry sense of humor or speculation about the existence of aliens and God. With his 1988 book "A Brief History of Time" selling more than 10 million copies worldwide, you may think Hawking's ability to become a household name stemmed from his talent for piquing the imaginations of the masses. Either way, Hawking brought us along for the ride in his intellectual explorations to the edge of the universe and beyond.

Hawking's attitude and value for life gave his work a philosophical feel. After surpassing doctors' expectations of living a couple of years, he thrived for nearly five decades with amyotrophic lateral sclerosis (ALS), a motor neuron disease that eventually restricted him to a wheelchair and limited his ability to speak without the aid of technology. He died peacefully at his home on March 14, 2018.

When asked about the meaning of life in a 2011 interview with The Guardian newspaper, Hawking replied, "We should seek the greatest value of our action." Despite physical limitations, he said his mind was freer than ever -- a duality some say propelled him to function at the level of genius.

In this article, we'll look at what made Hawking tick, as well as where his work fit in the larger realm of science. On top of it all, we'll explore his appearance as a larger-than-life scientist in light of his challenges managing an increasing physical disability.

Before we delve into the mechanics of black holes and Hawking's views of the universe, let's visit where his life started: amid World War II in Oxford, England. 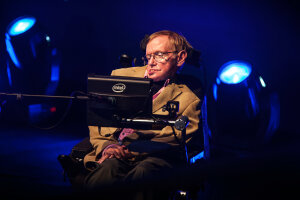 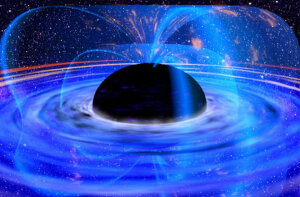