Browse the article Why can't we remember being babies? 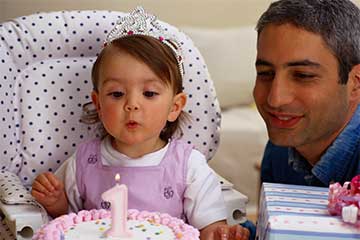 Do you remember your first birthday party? Most people don't. Why is that?
Ryan McVay/Photodisc/Thinkstock

You gaze at the cheerful crowd gathered around you, take a curious look at the chocolate cake set before you and then, just as the everyone starts singing "Happy Birthday," you do what comes naturally: smash the cake with both hands.

This scenario would be weird, except for the fact that you're sitting in a highchair. Which would be even weirder, except that you're turning 1.

Chances are you don't remember your first or second birthday party -- or a host of other events that occurred in early childhood -- and you're not alone. It's normal to forget your earliest life experiences, despite their crucial and influential nature.

Most adults can't recall life's earliest moments unless the events are reinforced by others who often retell them, or the memories are triggered by photographs or other cues.

It's a phenomenon scientists call childhood amnesia. While you may have been able to recall and describe your second birthday party in great detail for months after it happened, a year later those memories may have faded and, eventually, are lost altogether.

Researchers point to a high turnover rate of childhood memories as one possible culprit, believing that a raft of new experiences simply means some early memories are forced to fall by the wayside.

Up until age 3, children in one study could recall significant events that happened to them within the last year. The high rate of recall continued until age 7, with the study's participants remembering up to 72 percent of the same events they'd recalled as 3-year-olds. By age 8 or 9, however, most could recollect only 35 percent of the life experiences they'd so vividly described at 3 [source: Gray].

The change, concluded researchers, comes from the way memories are formed as children age. Beginning at 7, children store increasingly linear memories that fit succinctly into a sense of time and space. The very act of remembering events and categorizing them within this personal timeline may cause retrieval induced forgetting, a process that causes older children and adults to prune life's earliest memories as they recall specific details about other events [source: Gray].

To understand why we don't remember being swaddled as infants -- or just about anything else from our baby years -- we must first understand how our earliest experiences are imprinted on the brain.

Infants rely on both semantic and episodic memory. Semantic memory is the processing of ideas not drawn from personal experience (names of colors, or dates of events in history, for instance). Episodic memory is drawn from personal experience (what the first day of school was like or where you were on 9/11). Over time, the episodic memory may become semantic memory, so that you don't remember you learned about dogs from playing with your first dog – you just know what a dog is [source: Zimmermann].

Scientists think the reason we can't recall events from babyhood may be because of the way memories are stored and accessed. While both semantic and episodic memories are stored in various regions of the brain's surface, known as the cortex, it isn't until ages 2 to 4 that the brain's hippocampus networks all these disparate regions into one centralized source of information. These connections allow children -- and adults -- to recall memories for the long term [source: Shouse].

Does this window into early childhood memories really explain why we can't remember being babies? One 2014 study blames the circuits in our brains for betraying our ability to remember babyhood.

Results published in the journal Science shed new light on the amnesia older children and adults have about their baby years. The study centered on the constant formation of new cells in infant brains. The process of growing new neurons, known as neurogenesis, occurs throughout a mammal's life. However, babies produce new neurons at an accelerated rate. And where does all of this production take place? The hippocampus, which is what we rely on to access all the memories we're storing [source: Locke].

Using rodents as test subjects, researchers surmised all these new neurons cropping up in the hippocampus disrupt its formation and access of memories. In fact, when the researchers used drugs to decrease the number of new neurons formed by the rodents, the rodents were able to remember better. Increasing the number of neurons had the opposite effect [source: Locke].

Sigmund Freud was one of the first to coin the term infantile amnesia. Freud surmised that our inability to remember our time as babies stemmed from repressed memories. The repression of memories, he said, was a protective move designed to shield humans from early experiences charged with psychosexual conflicts [source: Insel]. 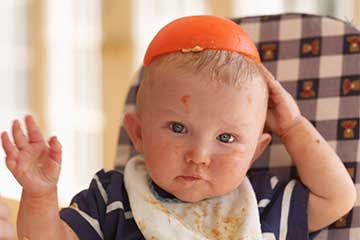