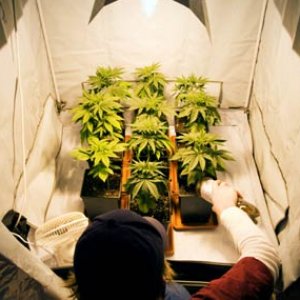 People typically use marijuana in one of the following different ways:

With millions of users, marijuana use isn't limited to one demographic. However, marijuana use is highest among younger people. Marijuana use in teenagers doubled from 1992 to 1999, when one out of every 13 kids aged 12 to 17 was a current user. In 1998, according to the National Center on Addiction and Substance Abuse (NCASA), half of all 13-year-olds said that they could find and purchase marijuana, and 49 percent said that they had first tried marijuana at age 13 or younger.

As of January 2014, 20 U.S. states have decriminalized or legalized marijuana for medical purposes. Colorado and Washington have legalized growing and possessing small amounts of the drug for recreational use, with Florida, New York and other states considering looser laws. Meanwhile, there is evidence of backlash in some counties and towns, which are moving to ban sales within their boundaries, much as some counties are dry [sources: Johnson; Reuters]. In places where possession and/or use remain illegal, the following factors typically affect sentencing.

(There's a state-by-state guide to facts about marijuana penalties at NORML.)

Jail sentences and fines have done little to suppress the use of marijuana in the United States. Despite health and legal risks, pot continues to be the illegal drug of choice for many Americans.