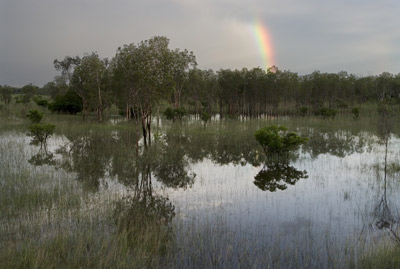 Most cultures have their own variation on the flood myth. See more storm pictures.
Randy Olson/National Geographic/Getty Images

Stories of a gre­at ancient flood pervade the mythology of hundreds of cultures. We­sterners might be most familiar with the story of Noah told in the Old Testament book of Genesis, but a great flood is reported in folklore from cultures around the world, from the Middle East to the Americas, India, China and Southern Asia to name just a few.

An ancient Babylonian flood myth, the Epic of Gilgamesh, tells us a story analogous to that of Noah and his ark. In it, a man named Utnapishtim builds a ship to save his family and animals from floods brought on his city by a wrathful god. After seven days, Utnapishtim and his family come to rest safely on a mountaintop.

Greek and Roman mythology tell the tale of angry gods who planned to flood the Earth and destroy humanity; the story's hero Deucalion and his wife take shelter in an ark and are spared. American Indian legends also tell of people taking shelter in a boat to be saved from a flood.

The stories go on and on, and scholars have noted similarities among accounts. While studying more than 200 flood myths, Creationist author James Perloff observed that a global flood was mentioned in 95 percent of the stories, people were saved in a boat in 70 percent and in 57 percent, the survivors found respite on a mountain [source: Apologetics Press].

­If these hun­dreds of flood myths from different locations and cultures around the world are any indication, something must have happened on Earth to spur these accounts. Could there have been a global flood? Scientists have a few theories to suggest that yes, perhaps, there was. Let's explore these theories and learn if such a flood happened and if it could ever happen again. 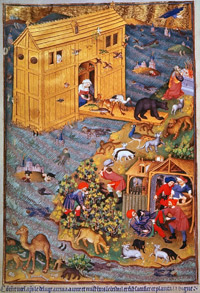 Why are the auroras seasonal?
10 Myths About Rainbows
Could there be a triple rainbow?