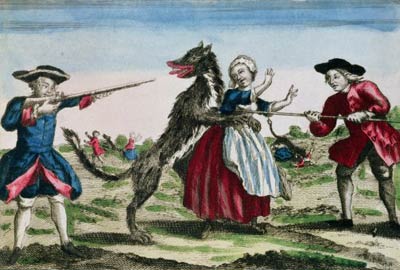 Even if you've never seen the 1941 film "The Wolf Man," you probably know what it takes to kill a werewolf -- a silver bullet. That's because "The Wolf Man" did for werewolves what Bram Stoker's 1897 novel "Dracula" did for vampires. It set the rules for how werewolves are supposed to behave.

According to "The Wolf Man," if a werewolf bites you, you have no choice but to become a werewolf yourself. At night, you'll transform into a part-human, part-wolf creature and prey on human beings. In the original film, this transformation took place in the fall, when some species of Aconitum, also known as monkshood or wolfsbane, bloom. Sequels to "The Wolf Man" tied the transformation to the full moon, a trait that many people associate with werewolves today. "The Wolf Man" also made it clear that once you become a werewolf, the only cure is death. Attempts to wish or pray your way out of it will do you no good, and all the chains in the world can't keep you from attacking other people.

Sequels to "The Wolf Man" established a link between werewolves and the full moon.
Getty Images

Like "Dracula," "The Wolf Man" is built on legends and stories that have existed for thousands of years. But silver bullets, the full moon, wolfsbane and the incurable curse of lycanthropy have more to do with Hollywood than with history. In stories and folklore, there are all kinds of ways to become a werewolf, and the process isn't always involuntary or even permanent. In spite of these differences, most werewolves in movies and old stories have something in common. They are dangerous, cunning and even evil, and they inspire fear and dread.

So what is it about the idea of turning into a wild animal that's so intriguing and alarming? Why do these stories exist in so many cultures around the world? Do werewolf stories have any foundation in medical or scientific fact, or are they simply the product of imagination?

In this article, we'll explore how people become werewolves and what happens during the transformation. We'll also look into what werewolves represent in different cultures, and we'll examine the medical conditions and historical events that have led some communities to believe that werewolves really exist.­

Bane of the Wolf

Characters in "The Wolf Man" break off wolfsbane stems and attach the flowers to their clothing. This isn't a very good idea. Wolfsbane is extremely poisonous -- the word "wolfsbane" probably comes from people using it to poison wolves. Horticulturalists recommend wearing gloves while working with the plant and thoroughly washing your hands afterward.