Swamps and Wildfires: A Dangerous Combination

by Mark Mancini Jul 2, 2018
The West Mims Wildfire in the Okefenokee Swamp on the Florida/Georgia line was started by a lightning strike on April 6, 2017 and burned well into June 2017. Josh O'Connor - USFWS

"Know your enemy" is a perfect motto for wildland firefighters. The brave souls who've chosen this line of work understand its many dangers. Forest fires are not their only source of trouble: One of the biggest challenges these men and women can face is an out-of-control peatland swamp fire. Don't let the standing water fool you: Bogs and swamps are fertile terrain for a tenacious, sneaky kind of inferno that smolders underground and might spend years lurking beneath the surface.

Recognized as one of the American South's greatest natural wonders, the vast Okefenokee Swamp rests on the Georgia-Florida border. In 2007, lightning and a felled power line sparked a plague of converging wildfires in and around this storied wetland. More than 926 square miles (2,398 square kilometers) worth of vegetation were torched in the Okefenokee's two home states. Huge columns of town-smothering smoke could be seen from Atlanta to Orlando. By the time the crisis ended, it had cost the citizenry an estimated $130 million in damages and firefighting expenses.

There's a reason why this boggy area — a lush place that's teeming with fish, alligators and aquatic plants — gets so many fires. And that reason is peat.

Peat is a carbon-rich, organic turf that covers 3 percent of the world's land surface. About 50 to 70 percent of all wetlands, including the Okefenokee Swamp, are situated above large deposits of this material. Its main ingredient is dead plant matter that hasn't fully decomposed. Remains of other deceased organisms are also contained within blocks of peat, along with minerals absorbed in the local sediment.

To get peat, you generally need an area where there's little water beneath the ground and microorganisms in the soil are creating an anaerobic — or low-oxygen — environment. As more and more organisms die off, peat steadily accumulates over hundreds or thousands of years. Forests and wetlands can form over these peat sheets, the thickest of which are more than 50 feet (15.2 meters) deep. It's thought that the oldest peats on the planet started forming 12,000 years ago — right after the last ice age.

Pressure from above slowly drives peat deeper into the Earth, where it eventually becomes coal. And like that prized mining commodity, peat harbors a lot of trapped carbon from dead life forms. In fact, peat plays host to a third of all the carbon that's stored inside the world's soils. All this carbon renders the substance highly flammable. Even damp peat makes for good kindling when water makes up less than 55 percent of its total weight.

A spark at the surface might be all that's required to ignite the peat under a swamp or forest. Whereas living trees burst into licks of orange flame, peat catches fire in a less dramatic way: It smolders like a lit cigarette. Once they get started, peat fires move at a gradual pace, creeping along through the substrate. The slow burns have been known to last for years before getting extinguished. They can also reach the surface, setting some trees or bushes ablaze. It's not unheard-of for a peat fire to do exactly that and then retreat back underground, only to reappear later on. In 2014, seven Canadian peat fires caused surface-level damage and then went under before they resurfaced the following year.

Fires liberate the trapped carbon, sending it into the atmosphere in the form of carbon dioxide. This has the unfortunate effect of triggering longer dry seasons in places where peat bogs naturally occur, making them more likely to ignite. It's a nasty feedback loop — and a big contributor to our climate change problems.

What's more, smoke from these fires aggravates respiratory problems for those who inhale it. A 2015 outbreak of the bog burnings in southeast Asia led to dense, low-lying clouds of haze. We don't know how many deaths this caused, but one team of researchers came up with a tentative figure of 100,300 fatalities distributed between Indonesia, Malaysia and Singapore.

Fighting back isn't easy. Sometimes, you can smother a peatland fire by pumping water into the turf, but this technique requires a huge amount of time, effort and planning. Waiting for them to die of natural causes is an exercise in frustration. As we've established, it can take a months or years for one of these fires to burn through its fuel supply. Intense rainstorms have been known to put them out, but if the peat gets struck by lightning, that can make it smolder again.

Now That's Interesting
Many carnivorous plants like Venus flytraps and the aquatic bladderworts live in bogs and swamps; the soils in these habitats offer very few nutrients, so the plants compensated by evolving the ability to munch on live animals.

10 Ways to Avoid Being a Beach Bummer 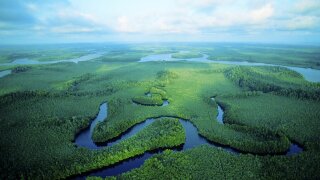 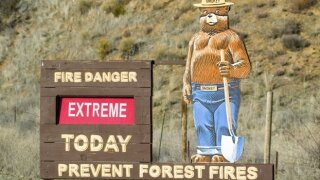 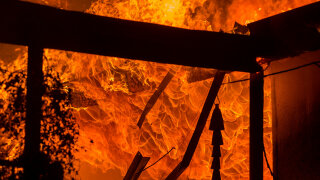