Public enemy number one John Dillinger evaded the police and intrigued the masses for months. He and his associates robbed a long string of banks and several police stations and killed one police officer. The infamous 1930s gangster who escaped from jail twice was definitely cunning, but a brothel madam was his downfall. Anna Sage (née Ana Cumpanas) tipped off the FBI, and officers found Dillinger leaving a movie theater with Sage and his girlfriend on July 22, 1934. The gangster sensed he was being followed and took off, pulling out a revolver as he ran. He was surrounded and shot, with the fatal bullet going through his neck and exiting just under his right eye. He fell face-first to the ground in a pool of blood [source: FBI].

In the hours and days after his death, crowds gathered in the streets and at the morgue to glimpse one of the most notorious gangsters America had known. In fact, police had trouble keeping people out of the morgue, and at least two unauthorized groups of medical students came to collect a memento of the dead: a death mask made from a plaster mold. Only one medical practitioner and his colleague were allowed to make a mask, a dentist hoping to sell his new plastic substance to the FBI. He made Dillinger's cast from this plastic material, and a plaster copy was sent to sit in J. Edgar Hoover's office [source: History Channel].

The mask captured every detail of Dillinger's face -- the bullet wound, the scrapes from where he had hit the pavement, the bloating and swelling from the heat and pooling blood, and even the tell-tale signs of underground plastic surgery [source: History Channel].

Before photography came along, death masks served as a reference for painters and sculptors to depict the noble and the famous. They were extremely, even eerily, accurate impressions of their subject, made from plaster or wax in the first hours after death [source: Gibson]. Armed with them, artists could paint and sculpt portraits for royal halls and even create three-dimensional representations for a tomb. If you've ever been to Europe and visited the tombs of ancient cathedrals, then you've seen the faces of nobles copied from death masks.

Ancient Egyptians and Romans also made death masks, though many were just likenesses of the deceased rather than plaster or wax impressions of the face. When Egyptians mummified a body, the face also had to be bandaged. The soul would need a mask to recognize its own body, as well as have a face for the afterlife. The masks became elaborate, covered in gold and jewels. King Tut's funerary mask is one of the most elaborate and famous examples. Less important or less wealthy people had to make do with masks made of linen or papyrus and painted gold.

The ancient Romans used their death masks as effigies, though their preferred medium was wax. Again, these masks weren't proper death masks, but Roman nobles, did, however, have imagines -- wax masks or busts of their high-ranking ancestors. A full wax cast was made of Julius Caesar's body after his death, stab wounds clearly visible. Mark Antony showed this effigy to a crowd, inciting a riot that burned down the senate building [source: History Channel].

The oldest-known European example of a death mask belongs to the face of Edward III, king of England. He reigned from 1327 until his death in 1377 [source: Gibson]. With the dawn of the Renaissance, artists began to perfect realistic portraits of their subjects. Death masks weren't necessarily needed anymore, so why keep making them?

Death Masks in the Drawing Room

By the 19th century, death masks weren't just tools for artists anymore. The pseudoscience of phrenology exploded, and phrenologists eagerly collected death masks to study the skull shapes of the royal and the famous [source: Gibson].

The masks had also become mementos of the dead. It's the last likeness of a loved one a family can own, and a death mask preserves what some consider to be the very essence of a person -- their face. The plaster negative could be used to make multiple positives out of stone, metal or wax that could then be shared to commemorate the dead. Royal and wealthy families proudly displayed their macabre reminders of the recently deceased.

Today you can see the death masks of Beethoven, Chopin, Audobon and many others. Chances are, if they were famous or royal, they had a death mask.

Even with the advent of photography, death masks were still being made well into the 20th century. A photograph can capture the likeness of the recently deceased, but only in two dimensions. A plaster mold and mask is true to scale. It's a three-dimensional impression that responds to the light and shadows of a room, copied from the very face it represents. The most famous examples include Nikola Tesla and Max Reinhardt. A bronze death mask was cast for Arthur H. Compton, the physicist and Nobel laureate -- he died in 1962! [source: Delaney].

So do you want to learn how one is made?

Modern medicine can diagnose the long-dead with the aid of a death mask. For example, we now know that the great Scottish writer Sir Walter Scott died of a stroke, as seen by the drooping of half of his face captured in his mask. Abe Lincoln had two life masks made, one right before his death. (A life mask is made of the same material and by the same process as a death mask, only the subject is alive). Experts see evidence of some sort of "wasting disease" that likely would have killed him, despite his assassination [source: History Channel].

While not a truly medical practice, it was a physician who traditionally made the plaster mold of the recently deceased [source: Gibson]. A death mask needs to be made as soon after the person dies as possible -- in the first few hours after death, before bloating and the elements distort the character and expression on the face. Here's what the physician would do:

One of these artifacts will last as long as the nature of the substance it is cast from -- a bronze mask, properly cared for, will last centuries. Wax, while more lifelike in tone, is much more susceptible to the elements.

For now, it seems that death masks are -- forgive the pun -- a dying art. But there is one death mask that has helped save countless lives ...

In 19th-century Paris, the face of an anonymous woman, preserved in plaster, intrigued the public. This woman, as the story goes, was a young lady from the country who had moved to the City of Light. She fell in love, but something went wrong. Her lover left her, and she saw only one way to drown her sorrows -- throwing herself off a bridge and into the river Seine.

The young lady's body was found, but no one came to claim to her. The mortician, so taken by her beauty and serenity in death, made a death mask of her. Like we discussed, a single mold can make many copies, and countless copies were indeed made. Her face became famous, spreading from the homes of Paris and across Europe. Who was she? Who was her lover, and what did he do? She became L'Inconnue de la Seine, the Unknown Woman of the Seine.

If this story sounds a little fantastic, that's because it probably is. The woman supposedly drowned, which bloats the body (and the face) before anyone would see her floating. Water, depending on temperature, also may accelerate the decomposition process. But the face of this anonymous woman is peaceful and serene -- she even has a slight smile like Mona Lisa's. Now add to the story that her body awaited identification in the morgue for hours, even days, and the nail is almost in the coffin. From what we learned earlier, nothing in this story fits with the biological process of a drowning death and the making of death masks. The final blow to the story is that death masks were only made for the wealthy or famous. This woman has remained anonymous. In all likelihood, she was a model for a life mask.

Fast-forward to 1960. Peter Safar, an Austrian doctor, is developing a new method for cardiopulmonary resuscitation, or what we know as CPR. Safar contacts Asmund Laerdal, a Norwegian toy maker. Dr. Safar knows he needs a way to teach his new method to the masses, so he contacted Laerdal to see what he could do.

CPR requires chest compressions and mouth-to-mouth resuscitation, and Laerdal knew a dummy would be the best way to practice this new method. This dummy would need a face -- nothing intimidating or frightening -- perhaps the face of a woman. While visiting relatives, Laerdal saw the mask of L'Inconnue de la Seine displayed in their home. Her face was serene, and Laerdal knew he had found the perfect fit for the CPR dummy.

After a few small modifications (like an open mouth and nostrils), a supposed death mask had become the face of life. Safar and Laerdal created the world's first CPR dummy, Resusci Anne. If you've ever learned CPR, there's a chance you were trying to revive The Unknown Woman of the Seine.

Death masks aren't a common cultural practice in Western society anymore, but they continue to be objects of fascination. People will continue to preserve the memory of their loved ones, whether famous and wealthy or not. These days we are more interested in remembering the deceased as alive and well, and photographs and videos faithfully record those better days. Technology continues to advance -- though nothing yet is quite as vivid and haunting as the death mask.

Another Reason for Anne

Asmund Laerdal had another motivation, aside from good business, to help Dr. Safar build a CPR dummy. He nearly lost his own son, Tore, to drowning.

I first learned about death masks a few years ago while I was researching a paper for a course on Russian opera. Thumbing through the pages of Tchaikovsky's biography, I stopped on a photograph of the great composer, or more precisely his corpse. The facing page featured his death mask, almost an exact mirror of the photograph. I couldn't tear myself away, and I stared at the death mask until I remembered I had deadlines to meet. Every now and then, I remembered the death mask but never really knew what it was. Writing this article helped me understand the strange plaster cast I saw. Death masks (and life masks) humanize the figures of history for me. I'm inspired to make my own life mask now, if only to scare my friends. 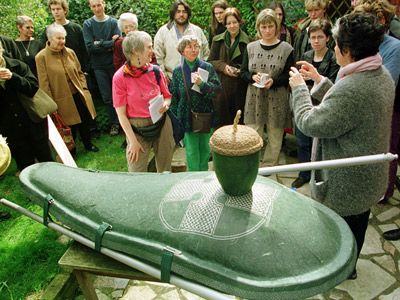 Up Next
How Natural Burial Works
Explore More 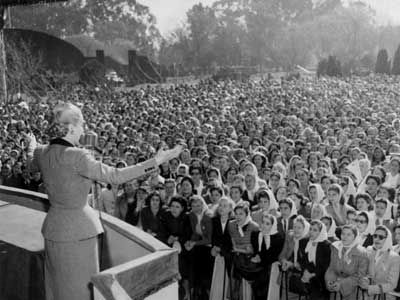 You May Like
Why did it take more than 20 years to bury Eva Peron?
Explore More 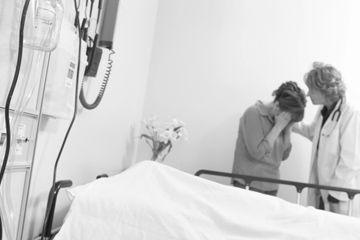 Keep Reading
What happens during the dying process?
Explore More