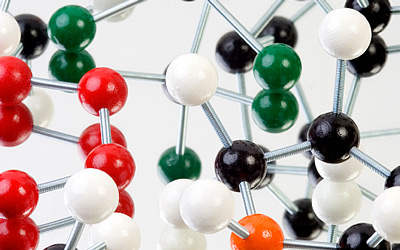 Strange matter isn't quite like the matter we're used to.
© ­iStockphoto.com/dra_schwartz

­Strange matter, as scientists call it, is unarguably weird. It's unlike any matter on Earth. For one, it's heavier than our matter, but that's just the beginning. Our beloved matter is organized. It's made of atoms, which contain nuclei packed with protons and neutrons. Indeed, our quarks, which are basic particles, stay neatly packaged inside the protons and neutrons. But in strange matter, there are no boundaries; it's just a lump in which the quarks run amok, roaming top to bottom and end to end.

Did we mention that strange matter isn't known to exist anywhere in the universe? That's an important detail. Physicists came up with the idea of strange matter in the 1970s when they wondered what would happen if protons and neutrons were squished superhumanly hard [source: ­Freedman].

­Let's repeat a similar version of their theoretical experiment, imagining we have an iron atom, plus a piston able to squish it with enormous force. By compressing the nucleus of the iron atom, we add energy to its 26 protons and 30 neutrons. If we press hard enough, the protons and neutrons will burst apart into what they're made of: smaller particles called quarks. We'll then have a mess of quarks -- the type of quarks called "up" and "down," which have certain masses and are the only kinds found in matter on Earth. Squishing even more, we'll stress the up and down quarks so much that some change their identities. Some will get a lot heavier and become strange quarks. Our familiar iron atom will be long gone. We will have squished it into an equal mix of up, down and strange quarks -- in other words, into a strangelet. A strangelet is a small piece of strange matter.

Physicists found it too irresistible not to keep playing with strange matter. They wondered what would happen if they released the pressure on the newly made hypothetical strangelet. Would it immediately transform back into the orderly iron atom? Edward Witten of the Institute for Advanced Study suggested maybe the strangelet would stay around. In fact, maybe it would be more stable than the iron atom or any matter on Earth.

On the next page, our story will turn from strange to scary. 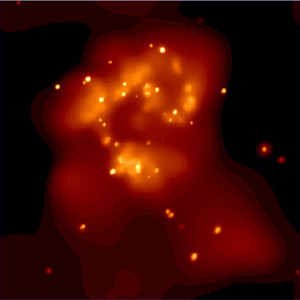