Ghouls of the Modern World 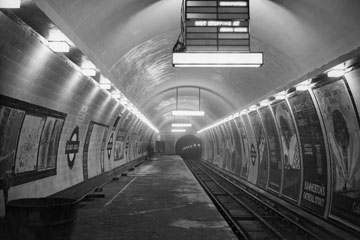 In 2011, two Pakistanis were charged with allegedly digging up a 24-year-old woman's corpse and eating her flesh in a curry [source: Shah]. For the most part, however, ghoulish behavior doesn't make the news. So where are the ghouls of the modern world?

Well, varying experts would argue that they never existed or that they perished long ago. In his article "The Mythical Ghoul in Arabic Culture," scholar Ahmed Al-Rawi argues that ghouls may have emerged from superstitions regarding birth defects such as cleft palate, which distorts the shape of the mouth. Victorian adventurer and Middle Eastern scholar Captain Sir Richard Francis Burton explained the Arabic ghoul as a mythical creature that embodies human fears and taboos concerning graveyards, desert wastes and cannibalism.

Certainly, that makes logical sense, but the subject of ghouls defies logic.

Fictional texts suggest that many modern ghouls have fled deep into the underground, perhaps due in part to territory loss. In the short story "Pickman's Model," H.P. Lovecraft describes ghoul tunnels that connect ancient human ruins with deeper underworlds. He also hints at their emergence in subway tunnels to dine on the bodies of train wreck victims, a scenario also explored in the work of weird fiction writer Robert Barbour Johnson.

Does this mean the ghoul is an endangered species? Probably not. With an ever-growing human population, our planet boasts an inexhaustible food supply for these ghastly eaters of the dead. Wars still rage, diseases wash across whole continents and for all our scientific wonders, humans still haven't found a way to cheat the grave.

If ghouldom transmits like a virus, then new cases will continue to pop up wherever corpses accumulate and the two species cross paths. And if ghouldom arises in us out of morbid interests and perverse fancies? Well, you're the one who just read a six-page article titled "How Ghouls Work."

You know better than to wander the cemetery at night, yet here you are.