What if the ozone layer disappeared? 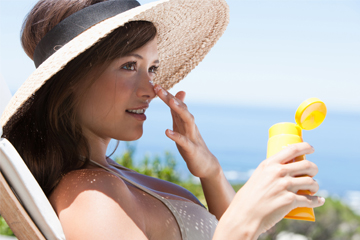 Carrie doesn't get to spend as much time outdoors as she would like. Between work at the office and busy evenings at home, getting back to nature is a rarity. Today, however, she's going to change that. She's lounging in the sun at her favorite beachside resort, armed with a bar tab and a trashy novel. Unless she wants her day to end in painful sunburn, Carrie knows she'd better slather on the sunscreen, too.

What she doesn't know is that there's already a layer of natural sunscreen at work. And without it, she wouldn't be able to go into the sunlight without it burning her skin almost immediately.

This natural sunscreen, known as Earth's ozone layer, absorbs and blocks the majority of the sun's UV radiation. Without this barrier in place, all of the radiation would reach Earth, damaging the DNA of plants and animals, like us humans. Skin cancer rates would soar, but we might not even live long enough to experience that cause of death [source: Carlowicz].

Within days of the ozone layer's disappearance, many plants would die. The intensity of the sun's radiation would make photosynthesis — a process by which plants convert light energy into chemical energy to fuel their growth — an impossibility for all but the largest and slowest-growing florae. And even these holdouts, primarily massive trees, would eventually die, too. Without plants, the food chain would collapse. Herbivores would starve. Omnivores and carnivores could feed off their bodies for a time, but their food supply would dwindle and cause widespread extinction [source: Vermaas].

So where is the ozone layer, exactly, and how does it work? A layer of ozone gas acts as a shield encircling Earth, and exists between 9.3 (15 kilometers) to 18.6 miles (30 kilometers) above its surface. As one might suspect, the ozone layer is filled with ozone, also known as 03 or trioxygen. Ozone is created when oxygen molecules (02) are split by the sun into a duo of free-ranging oxygen atoms. When one of these free atoms bonds with an 02 molecule, an 03 molecule -- ozone -- is created.

Despite its protective powers, ozone isn't necessarily stable, and it doesn't take much to reduce ozone to its base elements. Take chlorofluorocarbons (CFCs), for example. When these synthetic chemicals, once used as refrigerants and aerosol-spray propellants, travel to the upper atmosphere they begin a chain reaction that spells disaster for the ozone layer. The CFCs are broken down by ultraviolet light and, as a result, release free chlorine atoms that attract oxygen atoms from ozone molecules. And what happens when you take an oxygen atom from ozone? It becomes oxygen. In this way, CFCs can make quick work of the ozone layer, which is why they have been placed under ever-tightening regulations over the past several decades, with a goal of eliminating their use completely later this century [source: Handwerk].

What if Neanderthals were still alive?
Can a penny dropped off a building kill you?
Do Parallel Universes Really Exist? 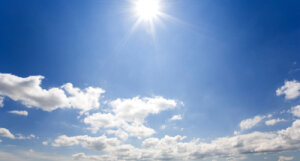 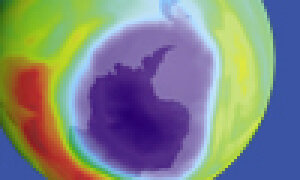 How can ozone be both good and bad? 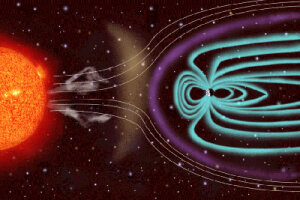 What is the UV index and how is it calculated?