by Mark Mancini Mar 18, 2020
The stratosphere is the second major layer of Earth's atmosphere, just above the troposphere and below the mesosphere. Pickpic

Google "stratosphere" and the top search result is the homepage of an eponymous hotel and casino in Las Vegas. But even if you've never been to Sin City, you've probably visited the real stratosphere once or twice (at least). The region's hard to avoid for anyone who travels by air.

Frequented by commercial airlines, the stratosphere is the second-lowest level in Earth's atmosphere. It's a bastion of ozone gas and rapid winds, where clouds are scarce — but life endures. Here are five out-of-this-world facts about it.

1. It's Bordered by the 'Tropopause'

When you get right down to it, we're all creatures of the troposphere. This atmospheric layer is where almost all of the weather-related phenomena on planet Earth unfold. Although the troposphere begins at the surface of our planet, its upper boundary is less consistent. Depending on your latitude and current season, the layer's top might be located anywhere from 4 to 7 miles (7 to 12 kilometers) overhead.

Above the troposphere, we have — in order — the stratosphere, mesosphere, thermosphere and exosphere. Let's go back and talk about those first two levels.

The troposphere-stratosphere boundary, or tropopause, separates two areas with inverted temperature trends. Inside the troposphere, the global average temperature decreases with altitude. Yet it's a different story in the stratosphere, where things get warmer as you go higher. Eventually, you'll hit the stratosphere's ceiling 31 miles (or 50 kilometers) up. Beyond that point, the trend starts to reverse itself; things get pretty chilly in the mesosphere.

2. The Ozone Layer is Mostly Restricted to the Stratosphere

Ozone gas safeguards this planet from excessive ultraviolet (UV) radiation sent over by the sun. Made up of oxygen atoms, ozone — like many sunscreens — absorbs UV light.  Entire ecosystems would fail if not for that critical service. Our atmosphere's supply of the gas is mostly limited to the famous ozone layer. And about 90 percent of this layer is contained within the stratosphere.

On a related note, the ozone explains why stratospheric temperatures climb at higher altitudes. Not only does it absorb the Sun's UV rays, but it also soaks up infrared radiation from the troposphere. The result? A stratosphere that grows toastier by the mile.

3. Stratospheric Clouds Are Rare, But Not Unheard Of

The troposphere is cloud city. Be they cirrus, stratus or cumulonimbus, you need water droplets and/or ice crystals to make clouds. So the relatively wet troposphere is a great environment for them. But the stratosphere? Not so much. By and large, it's just too dry to facilitate cloud formation.

Still, the cloud shortage isn't necessarily a bad thing. The stratosphere combines (largely) cloud-free skies with limited turbulence, making it attractive to airline pilots. Indeed, most commercial planes hit their cruising altitudes in the lower stratosphere. When stratospheric clouds do form, they're sometimes created by the mixing of ice with volcanic dust. Also, the polar regions see stratosphere-level clouds during the wintertime.

The term "polar vortex" gets a lot of mileage these days. What you may not realize, however, is that the Arctic region witnesses two different kinds of polar vortices. All year long, the swirling tropospheric polar vortex encircles the Arctic; its edge is usually found between the latitudes of 40 and 50 degrees north. Traveling from west to east that jet stream helps separate cold polar air and warm southern currents.

Higher up, there's the stratospheric polar vortex. Like its counterpart below, this one moves in a counterclockwise direction. But the stratosphere's vortex is seasonal, collapsing every spring and then reforming in the winter.

The winds are at their strongest when there's a big temperature contrast between the Arctic and the regions at lower latitudes. However, the Arctic is warming up at a rapid pace. Some scientists argue that climate change is weakening the stratospheric polar vortex, allowing the ultra-cold winds it normally traps to head south. (Maybe the same temperature increase is screwing up the tropospheric jet, too.)

We'd be remiss if we didn't acknowledge the Southern Hemisphere's polar vortex. Located above Antarctica, this is more powerful than its counterpart to the north.

5. Bacteria Can Survive Up There

Collecting them isn't easy, but scientists have been known to find microorganisms adrift in the stratosphere. Participants in a study published in August 2018 in the journal Frontiers in Microbiology designed and built an air-capturing probe that was installed on a NASA plane. The gadget detected bacteria whizzing around above the local tropopause at altitudes of 7 miles (12 kilometers).

UV radiation and extreme temperatures make the stratosphere a rough place for living things. To survive up there, some bacteria depend on sun-blocking pigments and protective outer shells. Fast DNA reparation is another life-saving trick.

Hitching rides on storms and volcanic eruptions, microbes use the stratosphere as an atmospheric superhighway. Here, winds carry them across the continents at great speeds, allowing the microbes to disperse. The fact that life can tolerate our stratosphere — even for limited periods — could profoundly impact the hunt for Martian organisms.

Can the Feds Close State Borders to Stop COVID-19?

How to Make Elephant Toothpaste 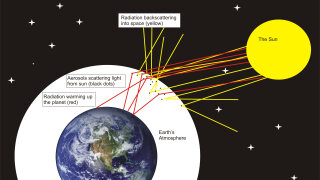 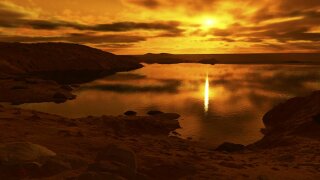 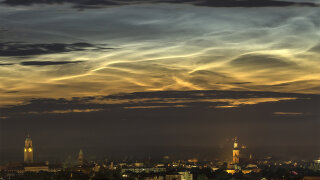 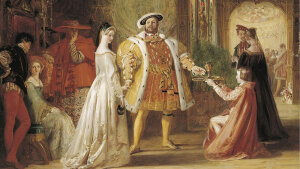