by Mark Mancini Apr 19, 2018
More than 260 spacecraft have been laid to rest in a watery grave in an area in the Pacific Ocean known as Point Nemo. HowStuffWorks

Since the launch of Sputnik 1 in 1957, several thousand manmade devices have been sent into Earth's orbit. A return trip was never in the cards for many of them. Broken satellites, abandoned rockets and assorted bits of mission-related garbage are now whizzing around our planet at frighteningly high speeds. Some objects may be traveling faster than 16,777 miles per hour (27,000 kilometers per hour). And the trash begets trash. Collisions can generate even more debris as useless bits of junk violently smack into each other.

This is a serious problem for a world that's grown dependent on telecommunications and GPS signals. More than one active satellite has been destroyed by space debris and many more will doubtless meet the same fate.

We haven't come up with a perfect solution yet — but there are ways to remove some of the orbiting bodies that've outlived their usefulness. For almost half a century now, space agencies have been instructing old satellites and decommissioned vessels to crash-land in a remote part of the South Pacific.

The area's known as a "spacecraft cemetery." It encompasses a geographic place of interest known as Point Nemo (a Latin word meaning "nobody"), and it's the furthest you can get from dry land without leaving Earth. It's about 2,500 miles (4,023 kilometers) east of New Zealand and the closest landmasses are the islands of Ducie, Moto Nui and Maher. So when a doomed spacecraft is sent there, the chances of it hitting a person — or even a passing boat — are pretty darn slim.

The cemetery received its first decommissioned spacecraft in 1971. More than 260 others have subsequently been laid to rest there, with the majority being of Russian origin. None can match the prestige, though, of Mir, the Soviet-built precursor to the International Space Station (ISS) that cruised above Earth from 1986 to 2001.

Of course, the Mir's no longer in mint condition. When it received instructions to land in the vicinity of Point Nemo in March 2001, the space station broke apart in its rocky descent through Earth's atmosphere. Many components burned up in the process and the six main fragments that remain are scattered across a wide expanse of sea floor. The same thing happened to the European Jules Verne spacecraft, the Progress cargo ship and countless other denizens of the deep-sea burial ground.

Getting a spacecraft to land anywhere takes a lot of skill and precise calculations. Space agencies must remain in contact with their vessels in order to send up guidance instructions. Once that degree of control is lost, a craft is liable to wind up anywhere. If you lived through the space race, you might remember how NASA's Skylab unexpectedly crash-landed in western Australia in 1979. By the same token, nobody knew where the Chinese Tiangong-1 orbital lab would come to rest after it stopped working properly in March 2016. In what the press called a "near amazing coincidence," the 8-and-a-half-ton (7.7-metric ton) lab crash landed April 1, 2018 in South Pacific waters — narrowly missing Point Nemo as it fell.

Now That's Interesting
In 2003, NASA intentionally crashed the Galileo research orbiter into Jupiter for conservation purposes. It's been suggested that alien life forms might be living on Europa, one of the planet's moons. After the Galileo's mission was completed, NASA worried that if it was allowed to drift freely, it might smack into this moon and potentially contaminate it with earthling microorganisms. No one wants that.

Dunbar's Got Your Friendship Number

Being a Night Owl Can Shorten Your Life 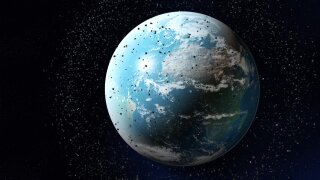 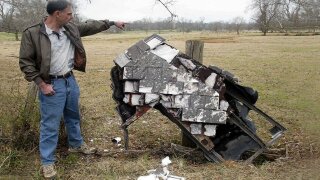 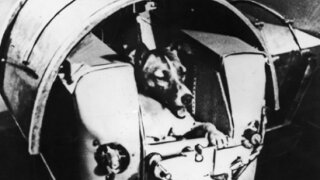