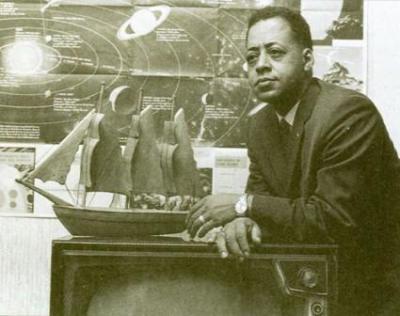 Barney Hill and his wife, Betty, recounted under hypnosis that they were abducted by extraterrestrials on the evening of September 19, 1961. While in the spacecraft, they each experienced separate medical examinations.
Fortean Picture Library

On the evening of September 19, 1961, while driving home to Portsmouth through rural New Hampshire, Barney and Betty Hill sighted a pancake-shaped UFO with a double row of windows. At one point they stopped their car, and Barney got out for a better look. As the UFO tilted in his direction, he saw six uniformed beings inside. Suddenly frightened, the Hills sped away, but soon a series of beeps sounded, their vehicle started to vibrate, and they felt drowsy. The next thing they knew, they were hearing beeps again. The UFO was gone. When they arrived home, it was two hours later than they expected; somehow, the Hills had lost two hours.

A series of disturbing dreams and other problems led the Hills to seek psychiatric help. Between January and June 1964, under hypnosis, they recounted the landing of the UFO, the emergence of its occupants, their abduction into the craft, and separately experienced medical examinations. In 1965 a Boston newspaper reported the story, which in 1967 became the subject of a best-selling book, John G. Fuller's The Interrupted Journey. On October 20, 1975, NBC television broadcast a docudrama, The UFO Incident, about the experience.

Most everyone has heard of the UFO abduction of the Hills. At the time it shocked even hard-core ufologists. Nothing quite like it had ever been recorded. Ufologists did know of a bizarre December 1954 incident from Venezuela: Four hairy UFO beings allegedly tried to drag a hunter into their craft, only to be discouraged when his companion struck one of them on the head with the butt of his gun. In any case, ufologists traditionally viewed with suspicion claims of on-board encounters with UFO crews. Those kinds of stories were associated with "contactees," who were regarded, with good reason, as charlatans who peddled long-winded tales of meetings with godlike "Space Brothers." The Hills, however, had a sterling personal reputation, and they returned from their experience with no messages of cosmic uplift.