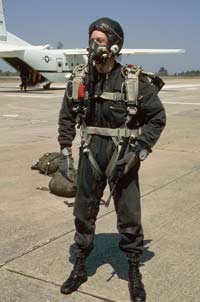 Consider a special operations force that's trained to the highest level in the United States military. The force is armed with cutting-edge weaponry, well-funded and answers only to one man. How can a group -- trained as professional assassins and approaching the status of mercenaries -- be reeled in if the U.S. government won't even confirm that the group exists? Does such a force make the United States safer or more vulnerable? It's questions like these that swirl around the United States' most elite tactical combat group, the Delta Force.

They're not called soldiers, but operators and are said to shun the traditional philosophies of military life. They wear civilian clothes. They work for whomever needs them -- for the Army, the FBI and the CIA. Mark Bowden, author of the book "Blackhawk Down" -- for which he interviewed several Delta Force members -- famously said of the operators, "They are professional soldiers who hate the Army" [source: Military.com].

It must be said that neither the United States government nor the military officially acknowledges the existence of Delta Force. To this end, almost all of the information contained in this article is unsupported by any official reports from the United States. It's only in recent years that vague references by the government to the group's existence have been allowed to go uncensored. These references have turned up in transcripts from Congressional hearings and biographies of high-ranking military leaders.

But it's nearly impossible to keep a force so deadly and made up of the stuff of legends entirely under wraps. Since its inception in 1977, stories of the Delta Force's exploits and missions have leaked out, little by little, eventually forming a brief sketch of the unit. In 1993, Delta Force came under the microscope when its operators were among those who fought and died in a failed operation to remove a Somali warlord. And in Operation Urgent Fury in Grenada in 1983, reports of two missions by Delta Force -- one failed and one successful -- have become common knowledge [source: SOC].

But the group has been criticized for undertaking missions that are on the fringe of regular laws governing the military. This causes some to worry that Delta Force has more power and less accountability than any military organization in a free democracy should. Delta Force is funded out of secret government accounts, away from the public eye, and is believed to answer only to the president.

But others claim that its purpose -- maintaining the United States' role as a leading power and as the world's police force -- necessitates the lack of restrictions and accountability surrounding its activities.

In the next section, we'll look at how the Delta Force is structured.