The Posse Comitatus Act of 1878 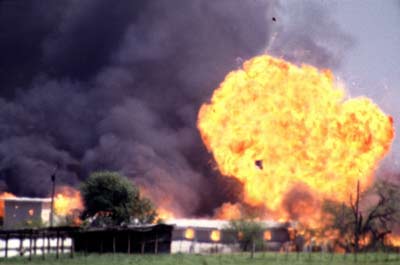 The Posse Comitatus Act of 1878 was designed to create a clear division between the military and domestic police forces. The act outlaws any direct involvement by the United States military in any law enforcement operation. But it also contains a provision that allows the act to be temporarily repealed in some instances. A waiver signed by the president can remove the act's provisions in cases of emergency, and this has taken place at least twice since the creation of the Delta Force.

In 1987, a wave of Cuban refugees came to the United States. Unsure about what to do with such large numbers of emigrants from a nation unfriendly to the United States, President Ronald Reagan ordered the refugees locked up in federal prisons until they could either be processed by Immigration officials or sent back to Cuba. At the federal penitentiary in Atlanta, a group of the Cuban refugees mounted an uprising. When federal agents could not control the riot, Reagan waived the Posse Comitatus Act and ordered a unit of Delta Force operators to subdue the uprising.

Delta Force was also called out to serve as guards for visiting dignitaries during the World Trade Organization summit in Seattle, Wa., in 1999. Mass protest against the summit was held near the meetings, causing alarm for Secretary of State Madeleine Albright. The Posse Comitatus Act wasn't waived in this case since it was Albright, not law enforcement, who called upon Delta Force's services.

In 1993, the Posse Comitatus Act was again waived, this time by President Bill Clinton. In Waco, Texas, an armed religious sect known as the Branch Davidians mounted a standoff against the FBI. Three Delta Force operators were allowed at the site of the standoff. Two served as trainers and technical advisors to the FBI on a classified piece of surveillance equipment. Another served as an observer.

There are claims, however, that there were far more Delta Force operators at the standoff in Waco than just three. Some speculate as many as 20 Delta Force members were there and that they took part in both the planning and the execution of the siege that later took place, leaving 80 Branch Davidian men, women and children dead. Reports of Delta Force involvement come from anonymous sources, however, and the U.S. government denies these claims.

This wasn't the first time the Delta Force and the FBI had seen each other in action. In 1978, the Delta Force and the FBI trained together in the Nevada desert, near an old nuclear test site. Known as the Joshua Junction exercise, the two groups worked together in hostage negotiation and rescue training. Since then, the FBI and its Hostage Rescue Team (HRT) has worked with Delta Force in other operations, like security details for Olympic games held in American cities -- Los Angeles in 1984 and Atlanta in 1996.

But this isn't necessarily the extent of Delta Force's domestic missions. In the next section, we'll look at some shady operations -- in which some claim Delta Force took part -- that test the limits of legality, and in some cases, go beyond it. ­